In August, South Africa celebrates both Women’s Month and National Science Week. To commemorate these special events, SAAMBR decided to showcase our Young Women in Science. Five emerging, female scientists based at the Oceanographic Research Institute were profiled. Although their fields of research are diverse, ranging from macrobenthos to corals – the common thread amongst them is their passion and commitment towards marine conservation. Their journeys are real, relatable and inspiring. If this is the future of science in South Africa, there is reason to be hopeful! 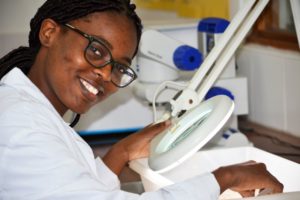 Born and raised in Limpopo, a landlocked province, meant that Khutso Ramalepe had never been to the sea. The public pool was her domain – many happy memories were spent frolicking in the water with her siblings. In high school, Khutso attended a career expo and “marine biology” was featured as one of the scarce skills in South Africa. That’s when she first learnt that it is possible to study life in the ocean. In that moment, Khutso found her calling.

In Grade 12, she challenged herself to apply to the University of KwaZulu-Natal to pursue a degree in marine biology and that’s where her journey began. She volunteered at the benthic laboratory at campus while studying. That was a special period during her undergraduate years, as it fuelled her curiosity about life in the ocean. In her final year, Khutso got the opportunity to go offshore for the first time, through the Ocean Stewards programme.

After completing her BSc and BSc Honours in Marine Biology degrees, Khutso began her Masters degree at the Oceanographic Research Institute. Her research focuses on the soft sediment habitat for invertebrates along the east coast shelf of South Africa. She considers it a privilege to work with the passionate, dedicated marine scientists at ORI.

For Khutso, marine biology is a very interesting field – one day you are learning about fish, the next day it could be corals or even invertebrates that live in the sand. What she loves most, is the balance between the time spent in the laboratory and in the field – there is always something new to learn in both environments. It has been a great journey learning the mystery of the ocean, especially through the help and guidance from ORI senior scientists. She is looking forward to developing as a young scientist – knowing that she’s doing what she loves. 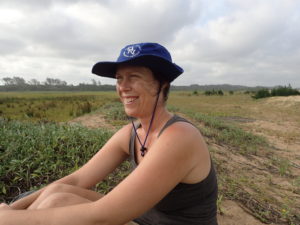 Before she could walk, Kendyl le Roux could float. Growing up in a small coastal town, going to the beach was just the way of life. She recalls her childhood love of water and floating down the Uvongo Estuary into the sea before running back and doing it again and again. This environment sparked her curiosity and early on she knew that her life path would always lead her back to the ocean.

Kendyl completed her BSc and BSc Honours degrees in Marine Biology at the University of KwaZulu-Natal, undertaking her honours project in macrobenthic research through the Oceanographic Research Institute. Here, she had the privilege of engaging with people who were really passionate about the environment and had spent their lives learning about and protecting something that was so special to her – she had found her place.

After university, she worked as a laboratory assistant in the benthic lab to gain further experience. She was fortunate to be accepted into the Masters programme at the University of Plymouth in the UK. She completed a Masters in Environmental Consultancy specialising in marine dumping. It was during this time that she really became aware of the impact that we are having on soft sedimentary habitats. The projected future impacts by activities such as mining really scared her, which cemented her focus on soft sediment research and the animals who live there.

Returning home to South Africa, she worked for a consultancy firm in Durban which grounded her and provided the opportunity to really learn the skills required to work in the corporate world. She quickly realised though that marine research was always her first love and after two years, she returned to university to pursue a PhD – again in soft sediment ecology.

Kendyl returned to ORI in 2018 – now as an assistant scientist. Her journey has come full circle to work under her mentor Fiona Mackay in the Estuarine and Soft Sediment Ecology portfolio. She has been exposed to many exciting projects from estuaries to offshore. Kendyl appreciates being part of a team that shares a mutual passion in protecting the marine environment and looks forward to expanding her own knowledge, particularly in soft sediments. She is receiving good grounding as an emerging young scientist. While it may seem odd, Kendyl loves sand and feels privileged to have found her calling early in life. 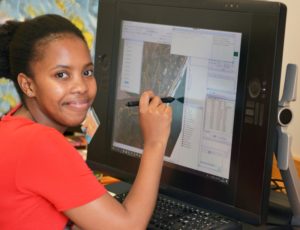 Pursuing the university path was not Phumla Duma’s plan – she just wanted to live off the land. Being an orphaned girl from the small town of Ixopo, with its rolling misty green hills, this idea seemed feasible at the time. However, her family encouraged her to study further. After taking a gap year to watch over her little brother, she enrolled in the Geography and Environmental Management Programme at the University of KwaZulu-Natal. Caring for the environment and learning about nature is her passion so the choice was simple. After a semester, she switched to Environmental Science to garner a more scientific perspective of the environment.

Like most South African students, she struggled financially and had to battle depression and anxiety.  Despite these challenges, Phumla persevered and succeeded. Today, she is a GIS Research Assistant at the Oceanographic Research Institute and a part-time Masters student. Phumla assists with Coastal and Estuarine Management projects which entails the collection, processing and analyses of data. The information generated from her work is shared on an online information platform, CoastKZN managed by ORI. The Coastal Zone team work closely with the Estuarine and Soft Sediment Ecology portfolio to analyse changes in the estuaries over time. She also assists with running coastal training programmes and workshops.

Phumla’s Masters research focuses on Integrated Coastal Management and the functionality of using coastal volunteers to monitor coastal activity. This research requires interaction with the public, government officials and other key coastal stakeholders.

Phumla loves her line of work and is proud of her journey which has led her to where she is today – working in an environment that is shaping her to become a woman in science and a force to be reckoned with. 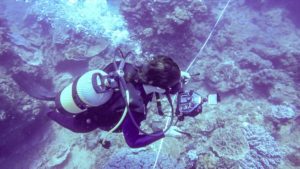 Samantha Hofmeyr has been interested in the ocean and its inhabitants from a young age and spent most of her childhood exploring it. In high school, she came across an article about a young woman releasing a turtle rehabilitated at SAAMBR. The aquarist spoke about how the turtle looked back at her as if to thank her – this left a lasting impression on Samantha. She decided that caring for the creatures of this earth was going to become her priority too.

Samantha pursued her BSc and BSc Honours degrees in Marine Biology at the University of KwaZulu-Natal. She began diving and was captivated by corals, because although they look like the plants of the sea, they are beautiful animals that come in all shapes and sizes and form little homes for other animals to live in.

Samantha is currently a Masters student at the Oceanographic Research Institute. Her research compares different ways of monitoring coral health, using a method that has been used for 30 years, and using a new method that uses advanced technology and 3D modelling of the reefs. Through this she hopes to have a better understanding of the importance of corals to the structure of these underwater homes. Although this line of work means she spends most of her days behind a computer, studying coral reefs allows her plenty diving trips. For Samantha, a career in science means she is always learning and discovering new information that allows her to play a role in the conservation of these important ecosystems 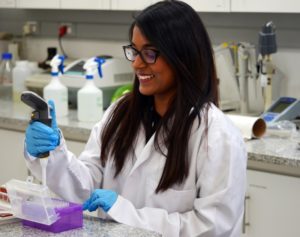 Dr Sohana Singh is a post-doctoral researcher specialising in genetics at the Oceanographic Research Institute (ORI). She grew up in the small town of Ladysmith and has always had a keen interest in science, and became fascinated by the code of life – DNA.

Sohana majored in genetics at the University of KwaZulu-Natal, and then went on to complete her Honours and Master’s degrees in the same field. She then worked as a medical scientist in a molecular diagnostics lab which specialised in using molecular methods for detecting various human pathogens such as HIV and TB.

Sohana joined ORI in 2015 when she received a Professional Development Program (PDP) grant from the National Research Foundation (NRF) to pursue a PhD. Her PhD study focused on the seascape genetics of the spiny lobster and showcased how ocean currents and sea temperature could be responsible for genetic diversity. She graduated with her PhD in 2018, and her research has since been published in international, peer-reviewed scientific journals such as Ecology and Evolution, Marine Biology and PeerJ.

Sohana is now part of a team at the forefront of an exciting new project developing DNA metabarcoding as a tool for surveying biodiversity from whole communities of zooplankton in South Africa. Sohana believes that the future is female – young women in South Africa, and around the world should grow up believing that they can accomplish anything. As Mae Jemison, astronaut and doctor succinctly puts it, “Don’t let anyone rob you of your imagination, your creativity, or your curiosity. It’s your place in the world; it’s your life. Go on and do all you can with it, and make it the life you want to live.”