It’s week 5 and all but a handful of the flamingos are weighing in at 400 grams or more.   Not only have they gained weight, but they are looking more like miniature versions of adult flamingos and less like chicks.   Their downward faces now sport the flamingo’s signature eyes and rounded red beak.  They might look shy when they are standing alone quietly on one leg with their heads bowed, but as soon as they awake they are anything but reserved.  They spend their time chasing their pen mates around and fighting with whoever crosses their path, especially at the feeding trays.  They constantly vocalise, from the moment they wake up until the time they go to sleep at the night, it’s just the pitch that varies.  They are still fluffy and sporting down feathers which now have a distinct pink tinge

They are all feeding on their own and receive one syringe feed in the mornings with some of the smaller flamingos receiving an additional feed in the afternoon.  They are still spending their days outside and coming in at night.   Yes, it’s quiet at night when they all finally go to sleep. 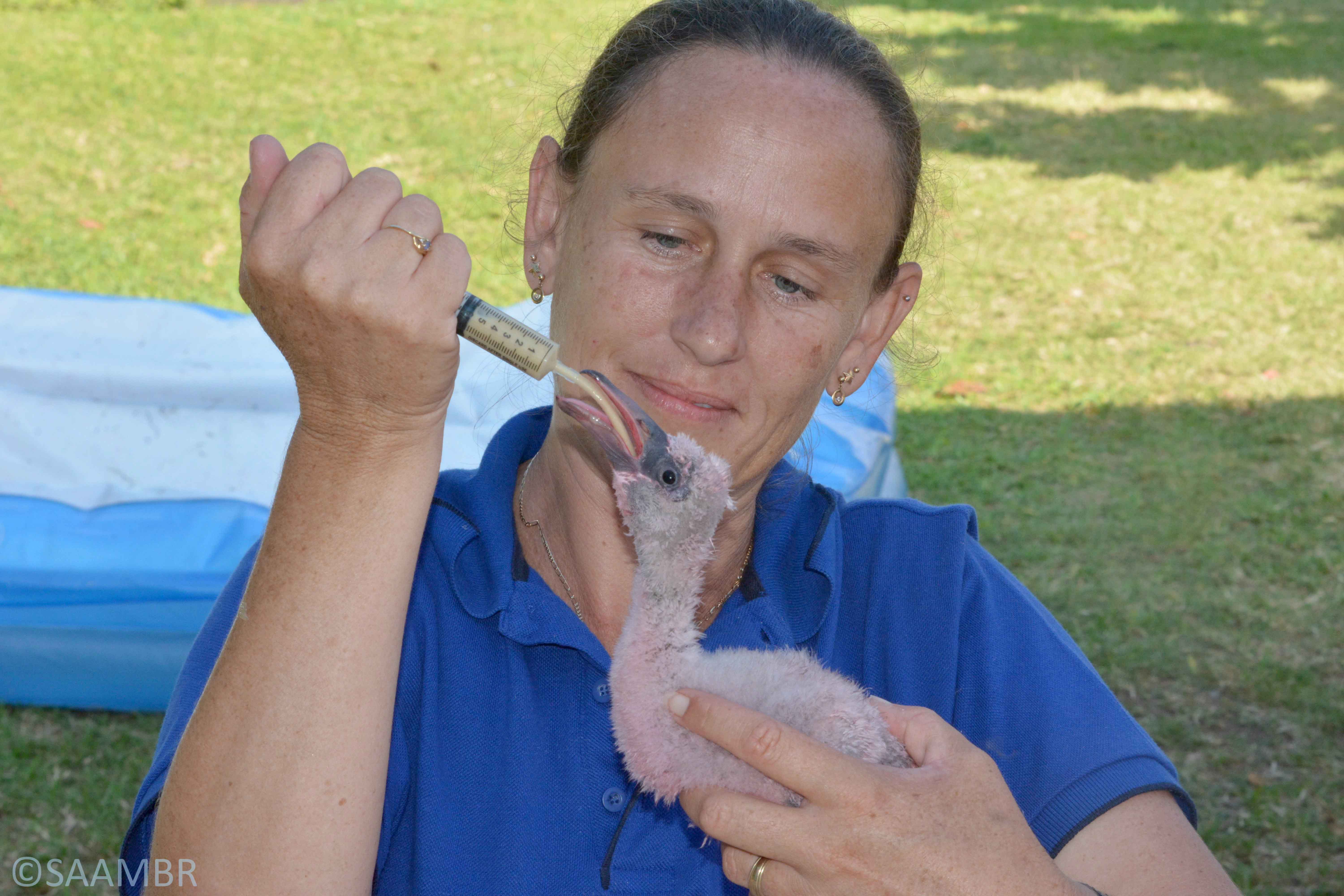 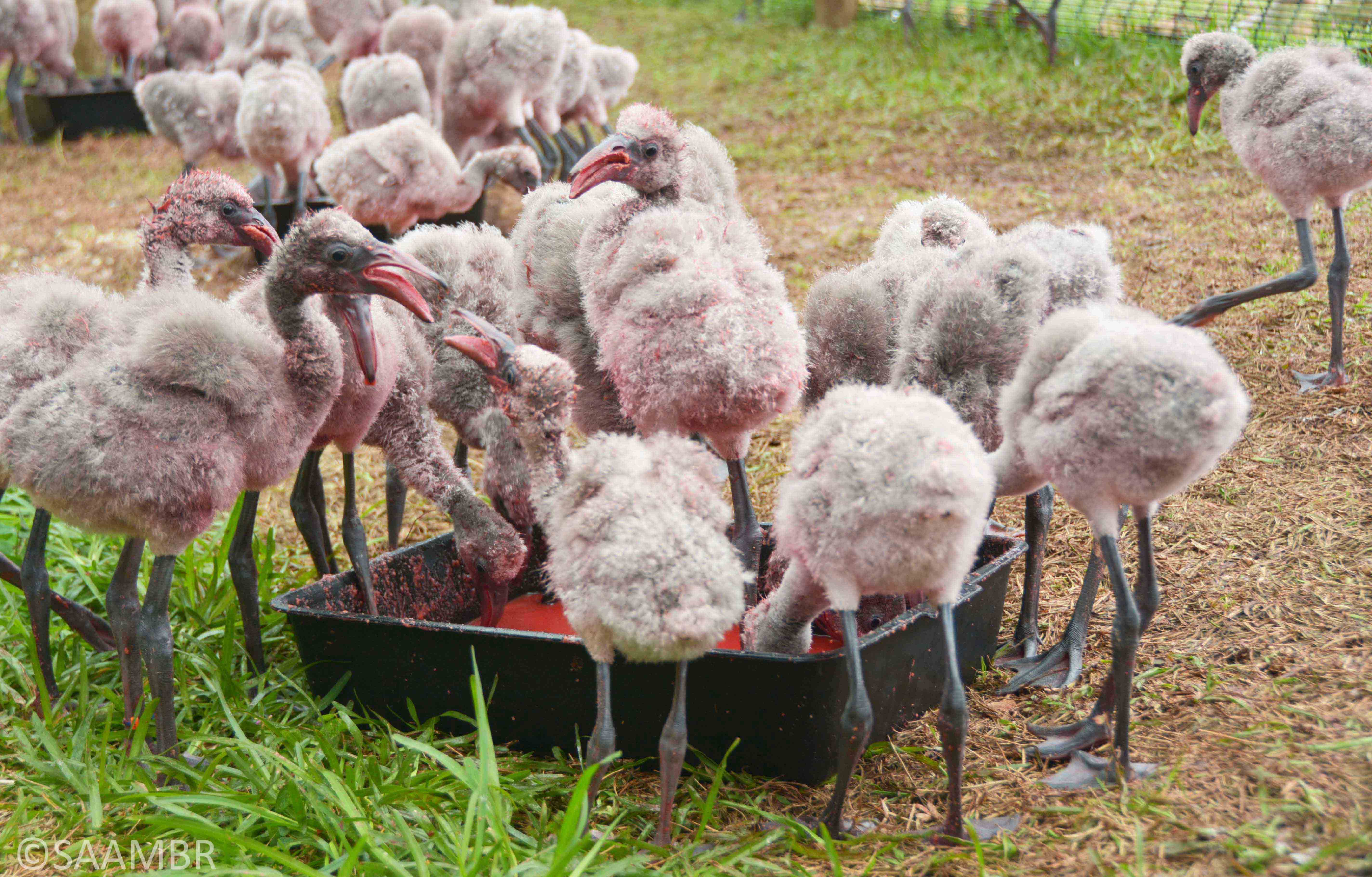 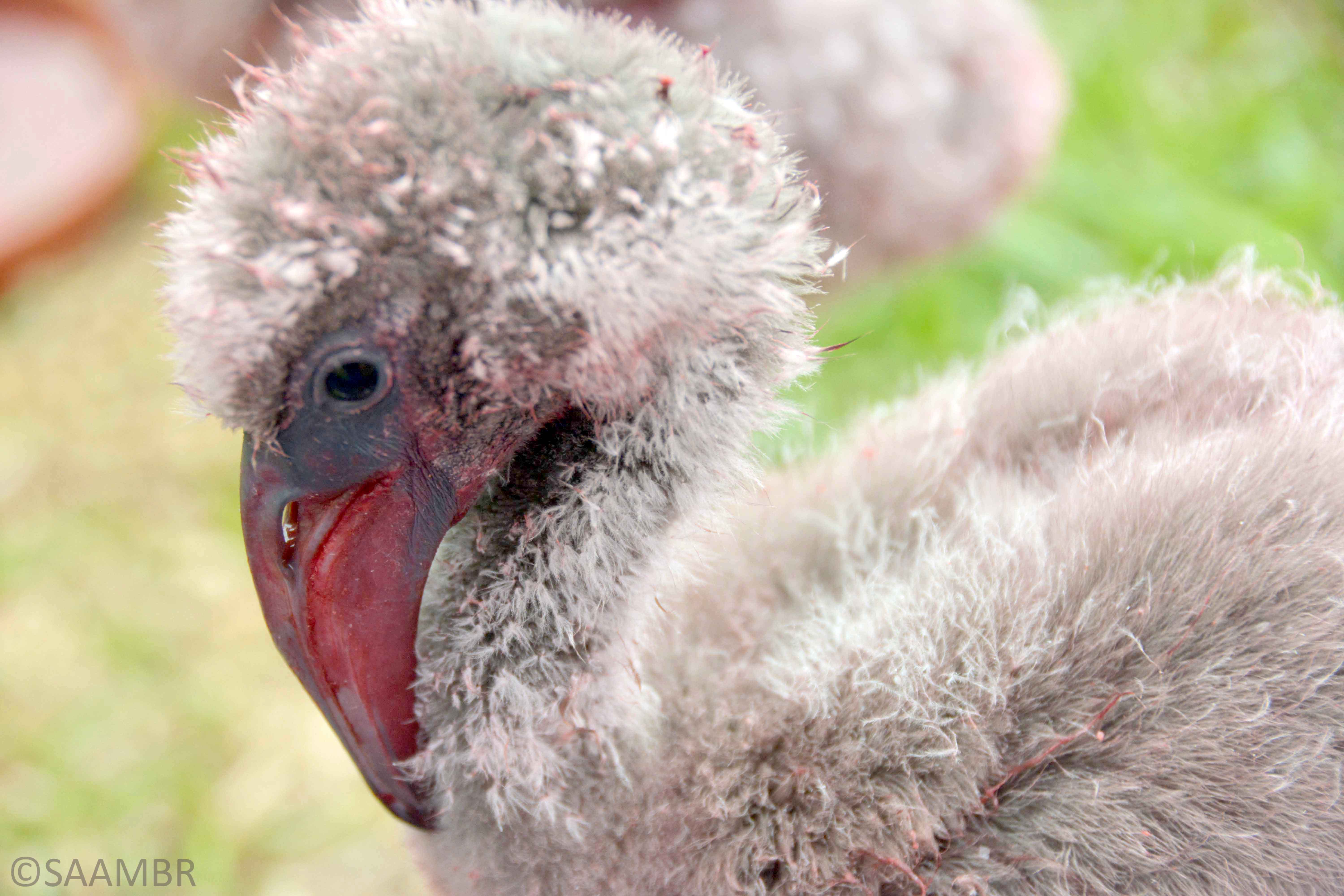 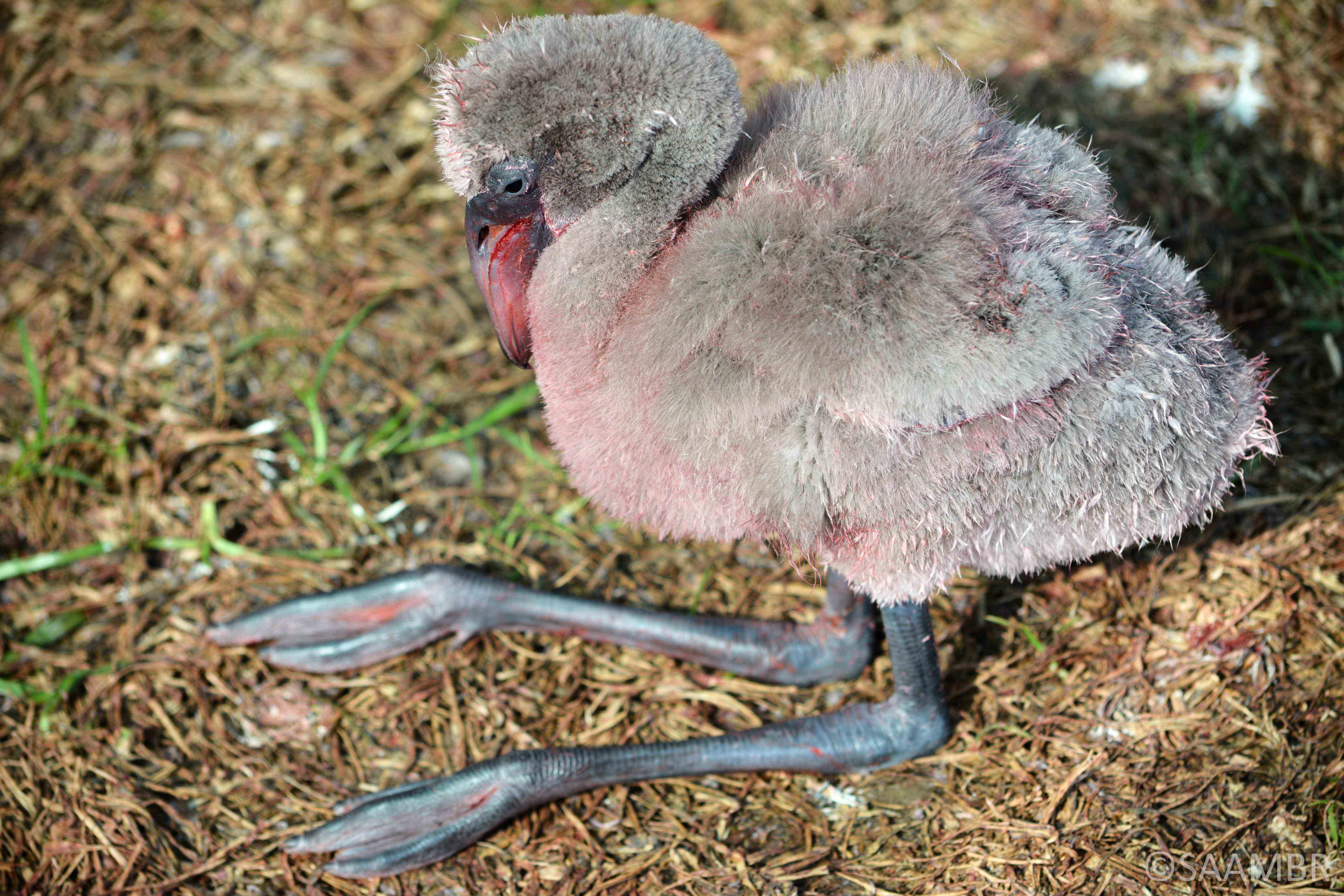 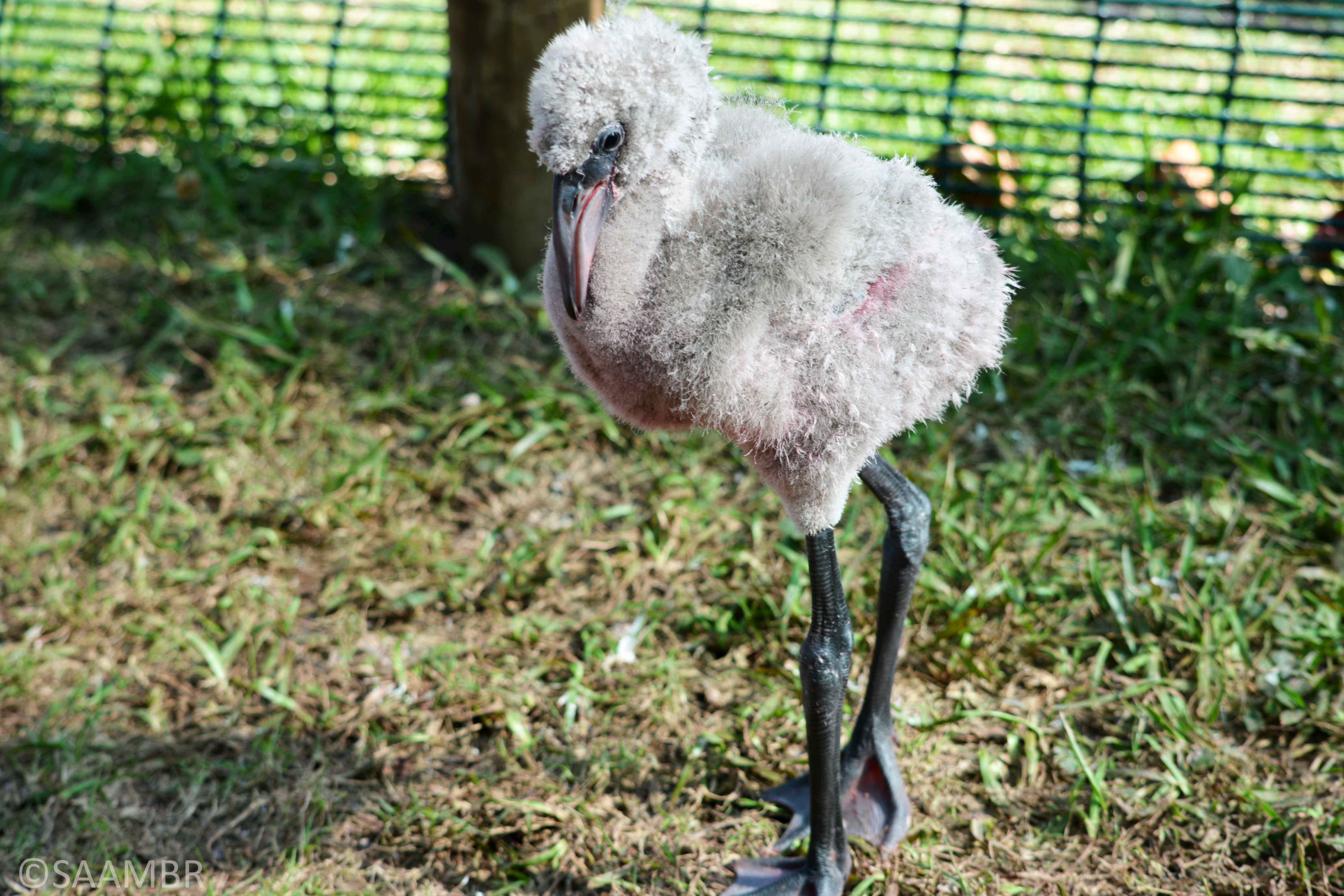