Yesterday marked week three since the flamingo chicks arrived at uShaka Sea World and the difference since week two is remarkable.

All the chicks except the few who are in the hospital facility, are spending their days enjoying the sun in an outside temporary enclosure.

Some of the older chicks are attempting feeding on their own from feeding plates.  Like all first attempts at feeding, it takes a lot of practice and although some of them do manage to semi fill their crops, all of them are still individually syringe fed.  Filter feeding can’t be that easy for such a young chick, even if you are a flamingo, as it entails moving your head through the water from side to side filtering and swallowing the diluted gruel.  Some of the flamingos even attempt to do this whilst standing on one leg.

A number of the chicks from each of the three groups have been ringed with a number.  These numbered chicks are weighed at every feed so that their weight gain can be charted and measured against accepted growth rates. 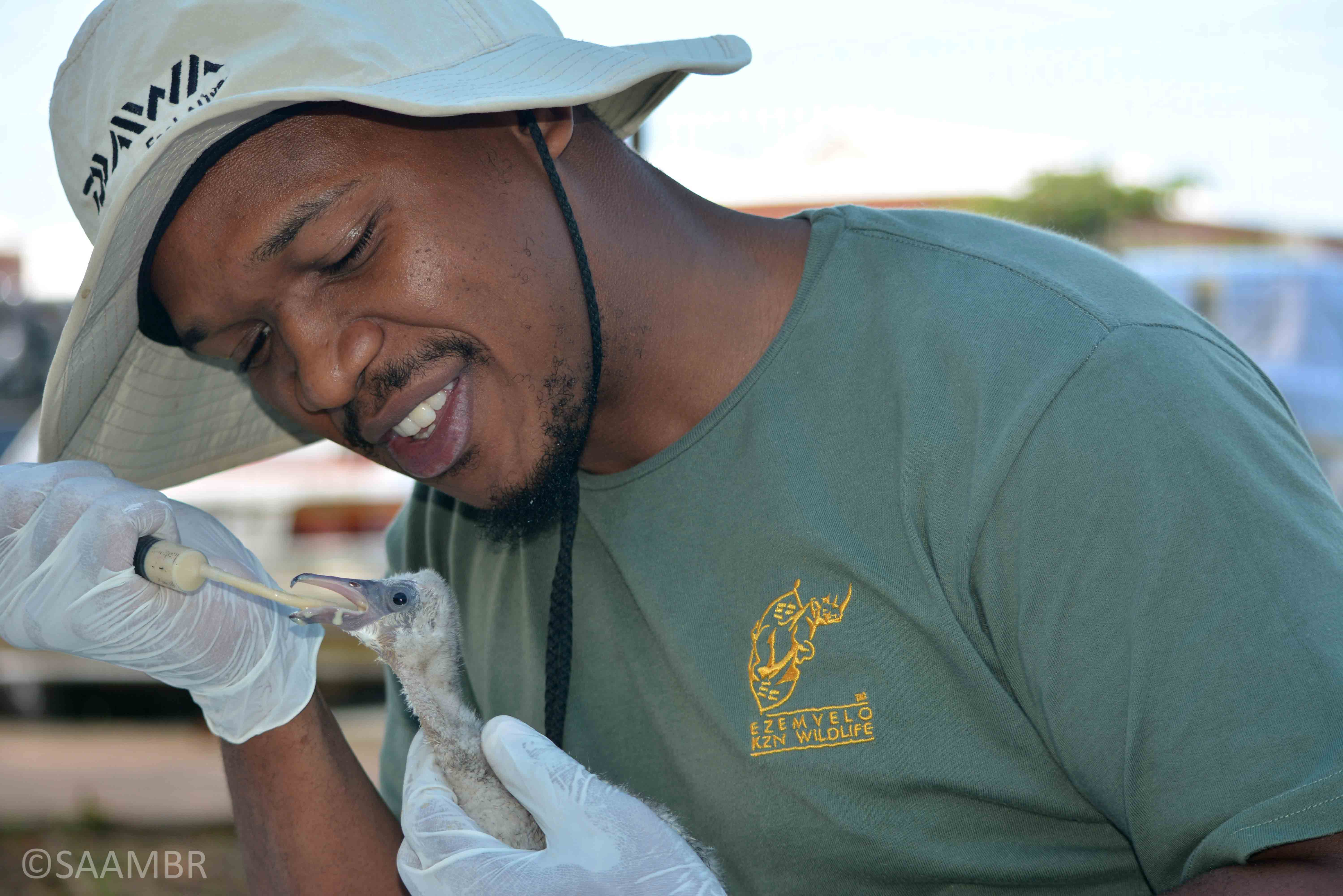 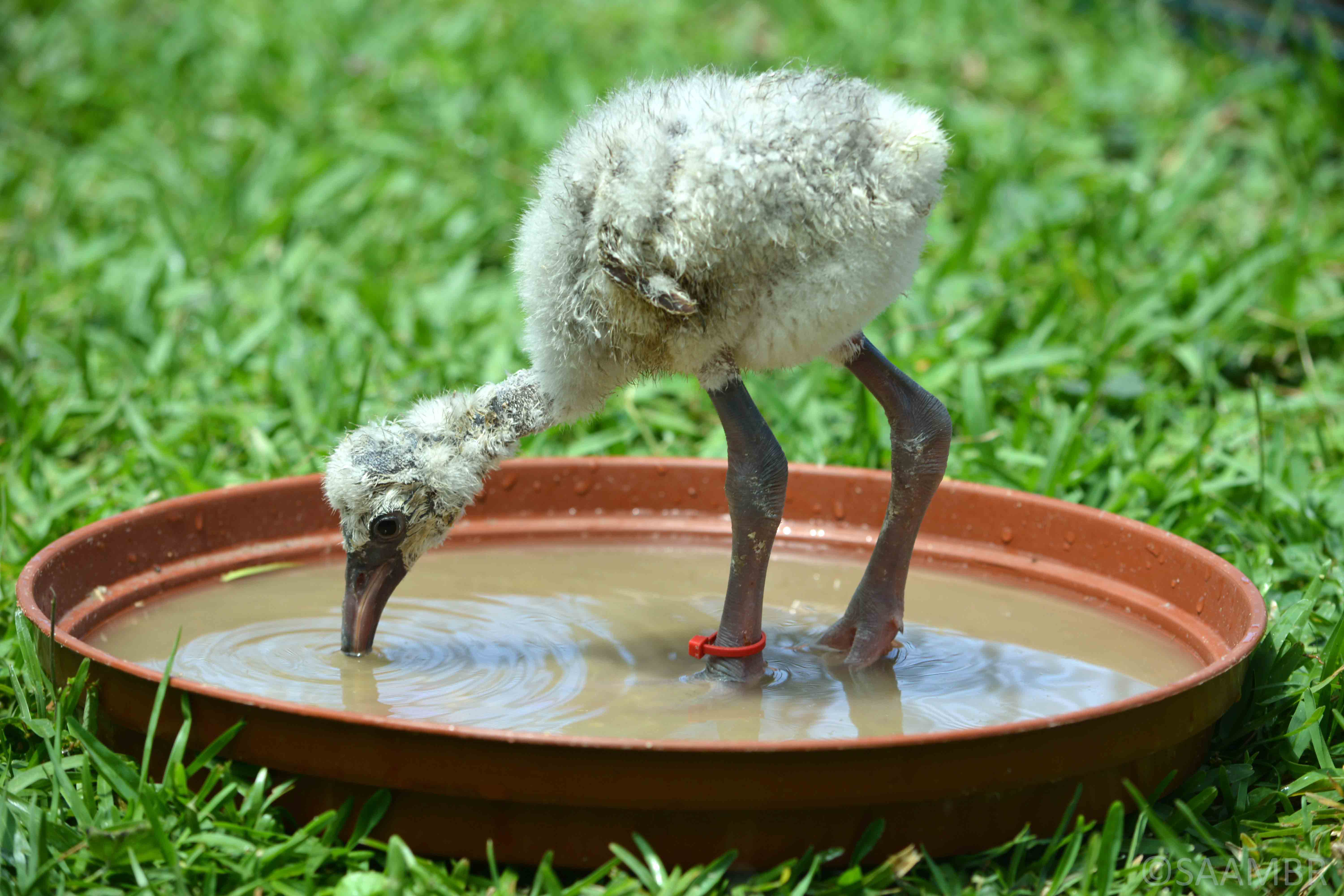 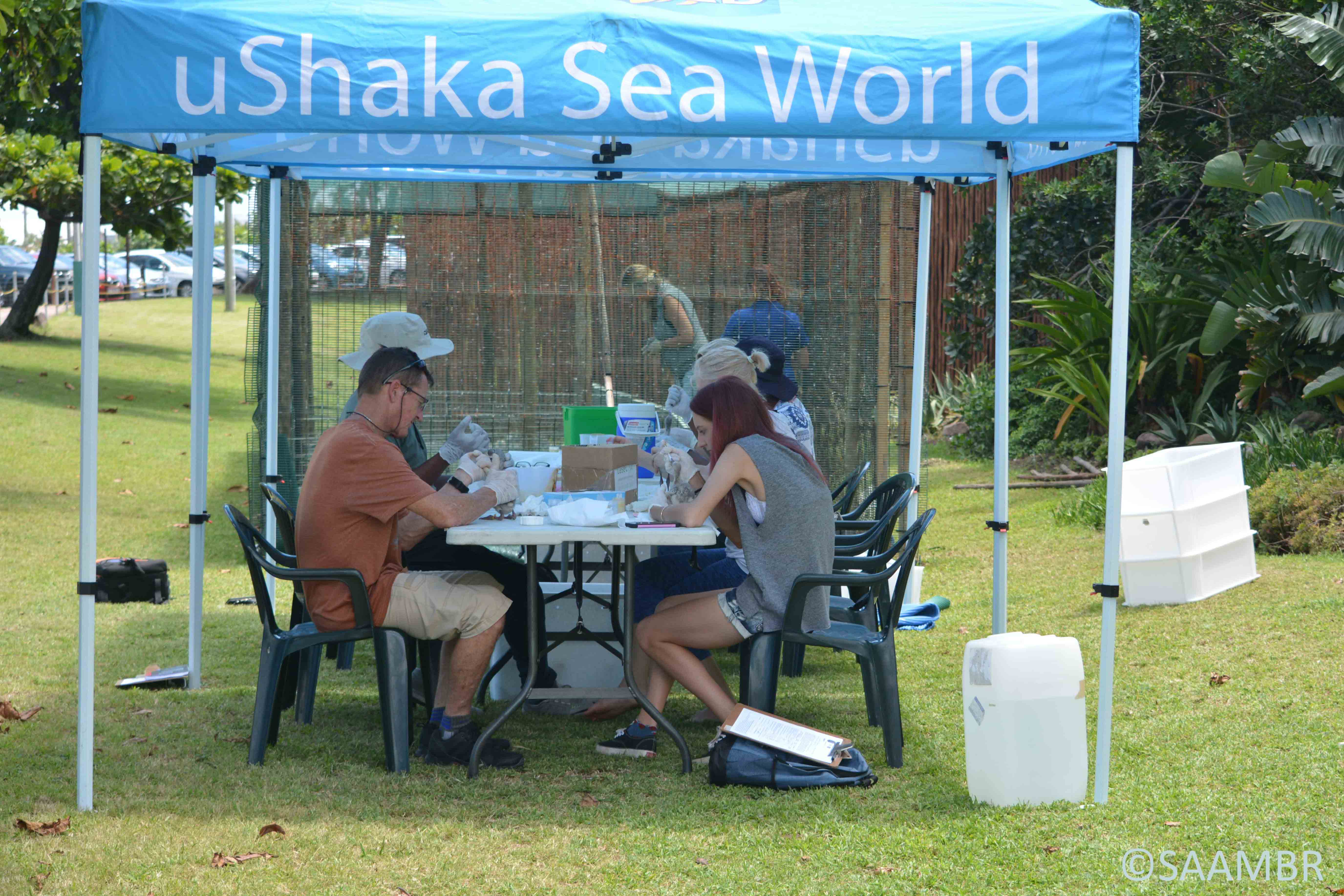 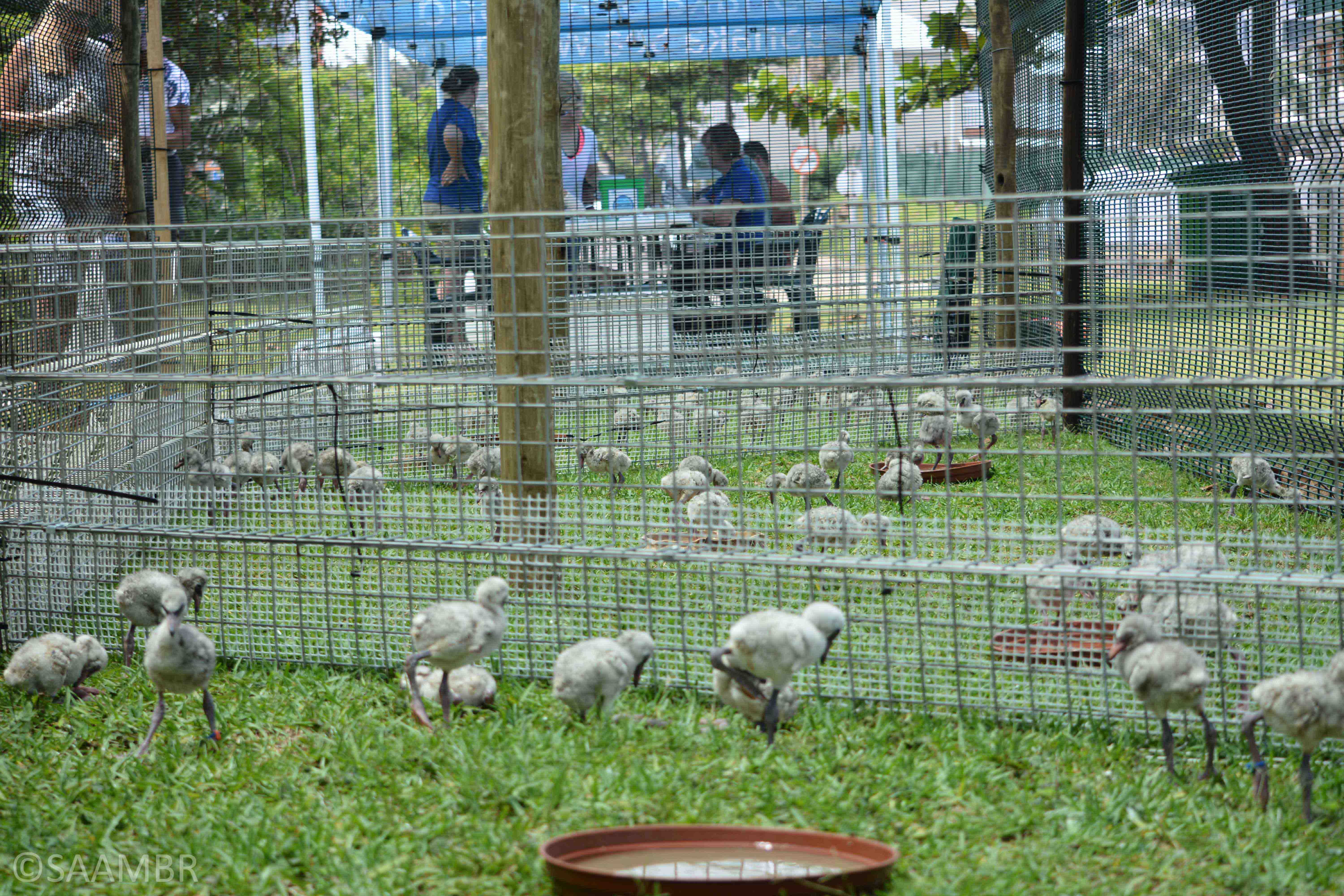