Prior to their arrival at uShaka they were in the care of Two Oceans Aquarium staff after being found on various beaches in the western Cape.  The fiesty young turtles are part of a group of more than 200 hatchlings which were casualties of the cold spell experienced in the Cape earlier this year.

Loggerhead turtles cannot survive extremely cold water conditions as their metabolism slows down and they become cold stunned and struggle against the currents. The turtles are all strong swimmers and appear to be in good condition. Even the turtles who suffered an injury to their flippers prior to being rescued are managing well, despite their challenges.  No one can be sure of what caused their injuries which appear consistent with wounds inflicted by predators such as crabs or seagulls.

“We will be monitoring the hatchlings with flipper damage a little closer than the others to ensure that they will manage once they are released” said Senior Quarantine Aquarist, Malini Pather.

It is not uncommon to see both sub-adult and adult turtles who have suffered the loss of, or damage to, one of their flippers swimming strongly amongst the reefs despite their impediment.

In order to give these hatchlings the best possible chance of survival post release, we are planning on caring for them for another two or three months.   We anticipate that by the end of October or early November the temperature of the Agulhas current will have risen from its current 23°c to a more favourable 26°c. Loggerhead turtles are subtropical to tropical species and cannot thrive in temperate waters.

According to the latest International Report on Biodiversity (IPBES), over 1 million species of plants and animals are threatened with extinction. Loggerhead turtles are already a vulnerable species which means that, despite some conservation successes locally, their worldwide numbers are declining. 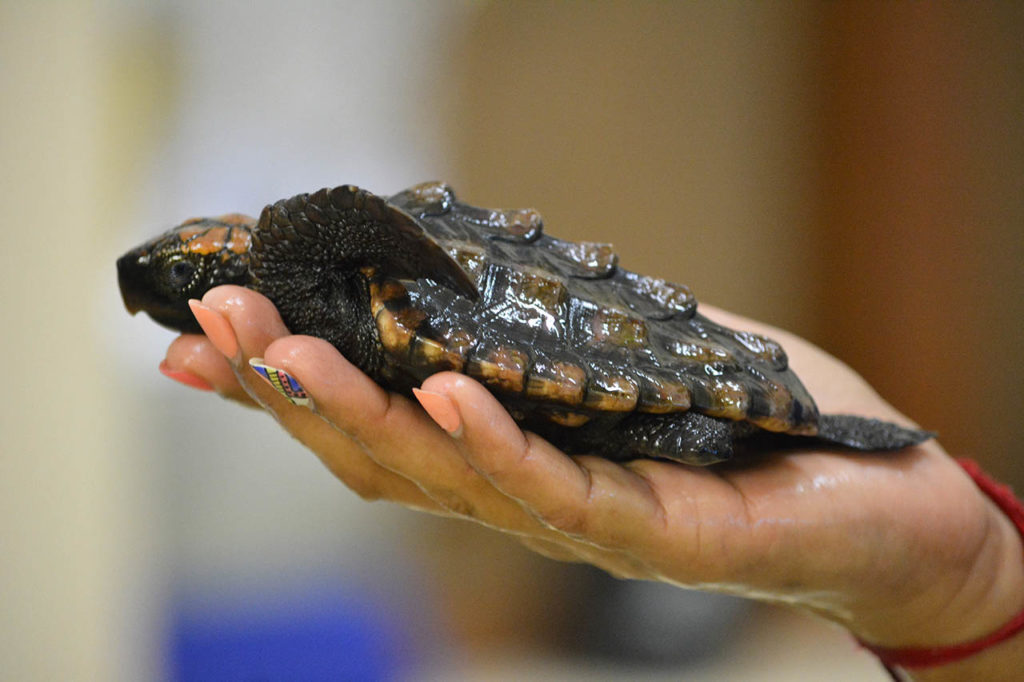