Tracking sea turtles is an incredible task full of thrills, predictions, hopes, surprises and often quite a bit of stress, so we were very excited to join the Two Oceans Aquarium Education Foundation’s most recent turtle tracking project, together with Bayworld Oceanarium, East London Aquarium and Nelson Mandela University. Three young, rehabilitated and satellite tagged loggerhead turtles were released within one week at three different locations Durban, East London and Cape Town.

Up north, here in KwaZulu Natal, we have Donny, who was released about 30km ESE of Durban right on the edge of the warm Agulhas current on the 13th of July, together with 19 loggerhead post-hatchlings as well as a rehabilitated Subantarctic fur seal.

Donny’s first transmission came through about 16km from the release site and she decided to head straight north. On day 1 she covered about 25km, which we thought was quite impressive, especially straight into the surface current. On day 2 she veered left, in a north-westerly direction and moved much closer to shore, covering about 35km cross-current all the way to Sheffield beach. It is quite incredibly to observe how these turtles orientate themselves back in the ocean.

On the 3rd day after release Donny decided to head out offshore again, and covered 25km cross-current before making a sharp right turn towards Durban.

Day 4 for her was a joy ride in the current and she covered about 40km , crossing her day 1 track in the process. By day 5 she made her way to just outside Durban harbour and moved along the Durban coastal area over the next 2 days covering about 25km.

The water was between 20 – 21°C during the first 6 days of her journey, and the surface current between 0.5 – 1.4km/h, so a nice gentle push if you are in it, and a manageable speed to swim against, as she clearly showed us.

We believe that she will head towards the Agulhas current soon, staying clear of the coastal hazards and shipping lanes near big ports and making use of that wonderful conveyer belt current in nice warm water.

Donny has covered approximately 158km since her release.

Caddy was released off East London and has travelled about 200km down to Port Alfred already, while Pan is moving at the fastest pace of all, moving up the west coast after being released off Cape Point. So, the race is on, and we will continue to guess and speculate where Donny, Caddy and Pan will travel to next. It is lovely to see how they make use of the surface currents, which is called smart swimming. Turtles usually only actively swim for about 2 hours per day, making use of ocean currents to move around with less effort. We could see that Pan and Caddy are both already good at making use of the currents, but Donny seems to have her own plans and schedule in mind. 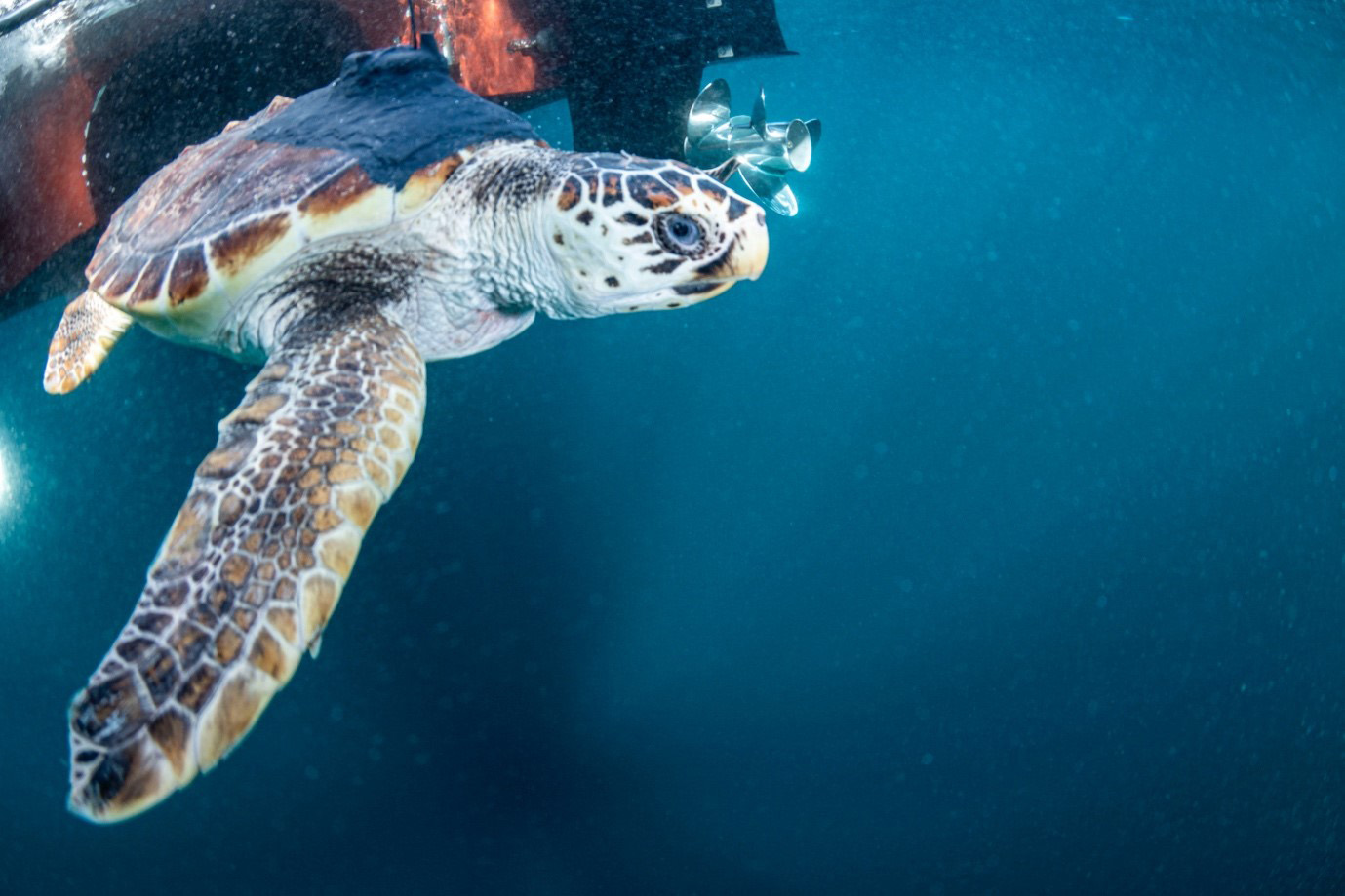 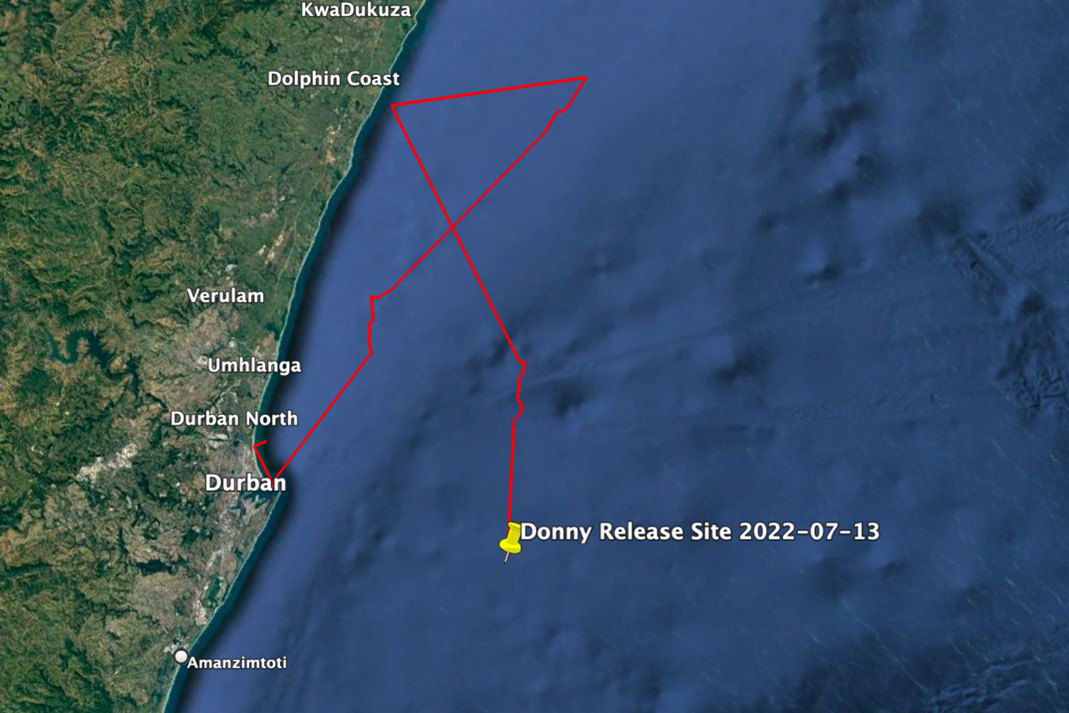