Donny was first to find the warm Agulhas current and used this impressive conveyer belt to get her all the way from KwaZulu-Natal to the Western Cape. The last two weeks she has been on what appears to be a leisurely meander, exploring the coastal areas between Stilbaai and De Hoop. It is as if she is on a slow-paced, site-seeing holiday travelling down to the beautiful De Hoop MPA. This is a very special area with calmer and slightly warmer water, and acts as a Southern Right whale nursery at this time of the year and offers frequent sea turtle sightings.

The ideal place for a little turtle holiday. She also had a good look around at Cape Infanta and Witsand at the mouth of the Breede River, an area which would offer quite a lot of food to Donny. She has now returned to Stilbaai, another lovely holiday village also known as the Bay of Sleeping Beauty and it has a number of interesting and significant archaeological sites, including the ancient tidal fish traps and the nearby Blombos cave which is recognised as the oldest known human settlement.

The Stilbaai MPA is of course also a protected area and an ideal feeding ground for Donny, who has now travelled a total distance of 1808 km since her return to the ocean on the 13th of July. She does not seem to be too phased about using the currents and is swimming against a north-easterly wind in 16°C water. Her journey over the last 2 weeks definitely appears to be more of a fun, explore, eat and relax time.

Caddy on the other hand has gone global! He is about 486km south of Cape Point, and thus outside of the South African Exclusive Economic Zone, so he is now an international ocean citizen. Caddy has travelled a total of 2116 km since his release off East London on the 13th of July and seems to literally go with the flow (of the surface currents). He is moving from the Agulhas retroflection to the Agulhas rings and doing exactly what we expect from a young turtle. It will be very interesting to see if he will be pushed back into the Agulhas return current. Caddy is also in about 17°C water, but it fluctuates between 16 and 19°C water depending on where he finds himself in those currents.

Pan is on a mission and is now in the Northern Cape. He spent a bit of time exploring the area between Paternoster and Lambertsbay, but decided to move slightly closer to shore and head north and is heading towards Hondeklipbaai. He has travelled 820 km since his release off Cape Town on the 16th of July and is proving to be a Weskus local already. The water is a bit on the chilly side at about 14°C, but Pan seems to be managing well. He is also a smart swimmer and making the most of the surface currents pushing him gently up the coast. Hondeklipbaai is a very interesting coastal village which was once a busy harbour moving copper ore mined at Springbok. It is also referred to as the real diamond of the west coast but active diamond mining in this area stopped in 2003. We  are wondering whether Pan will go closer to shore around this area or head towards Port Nolloth and possibly Namibia which is about a 250 km swim from where he finds himself now. Go Pan go! 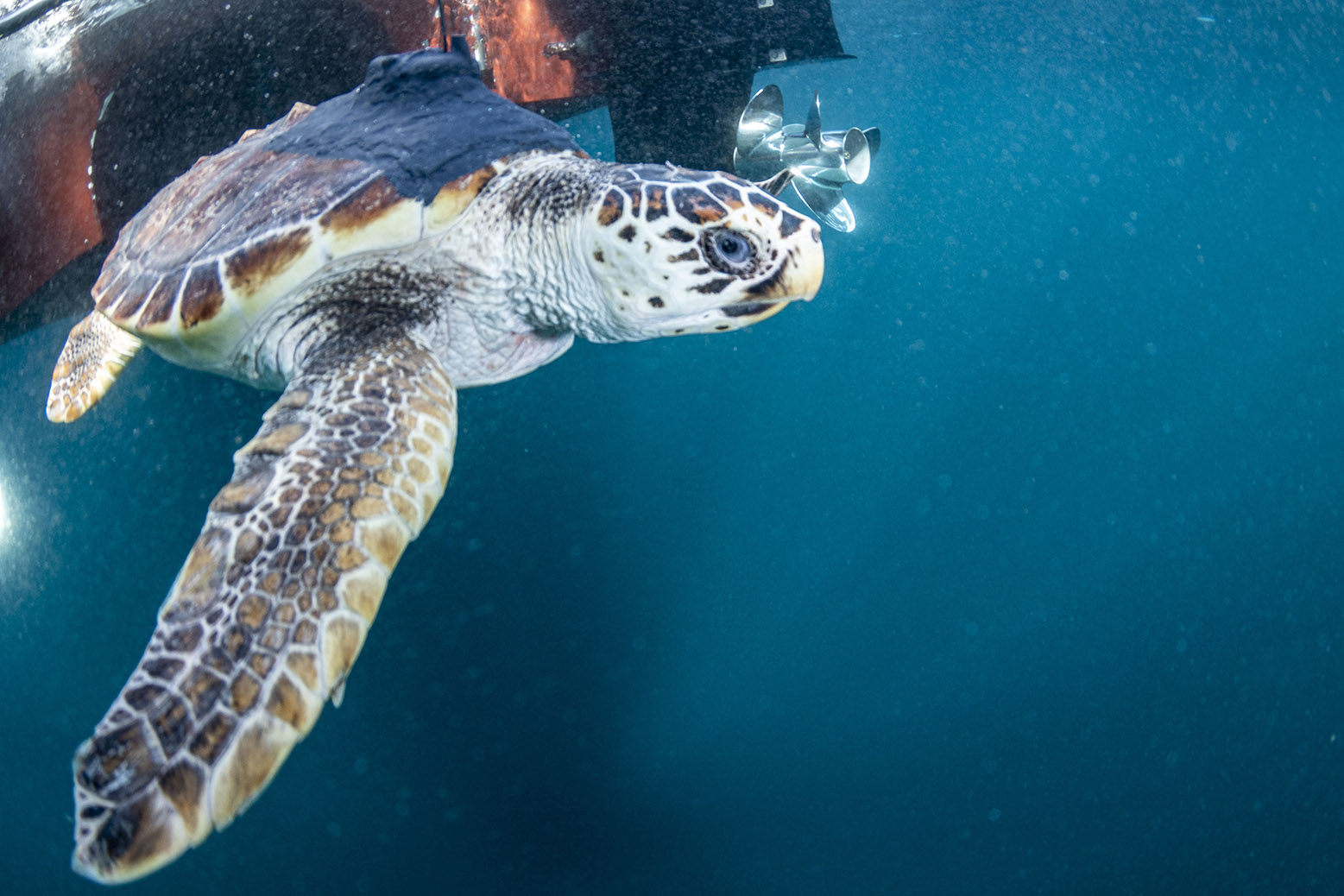 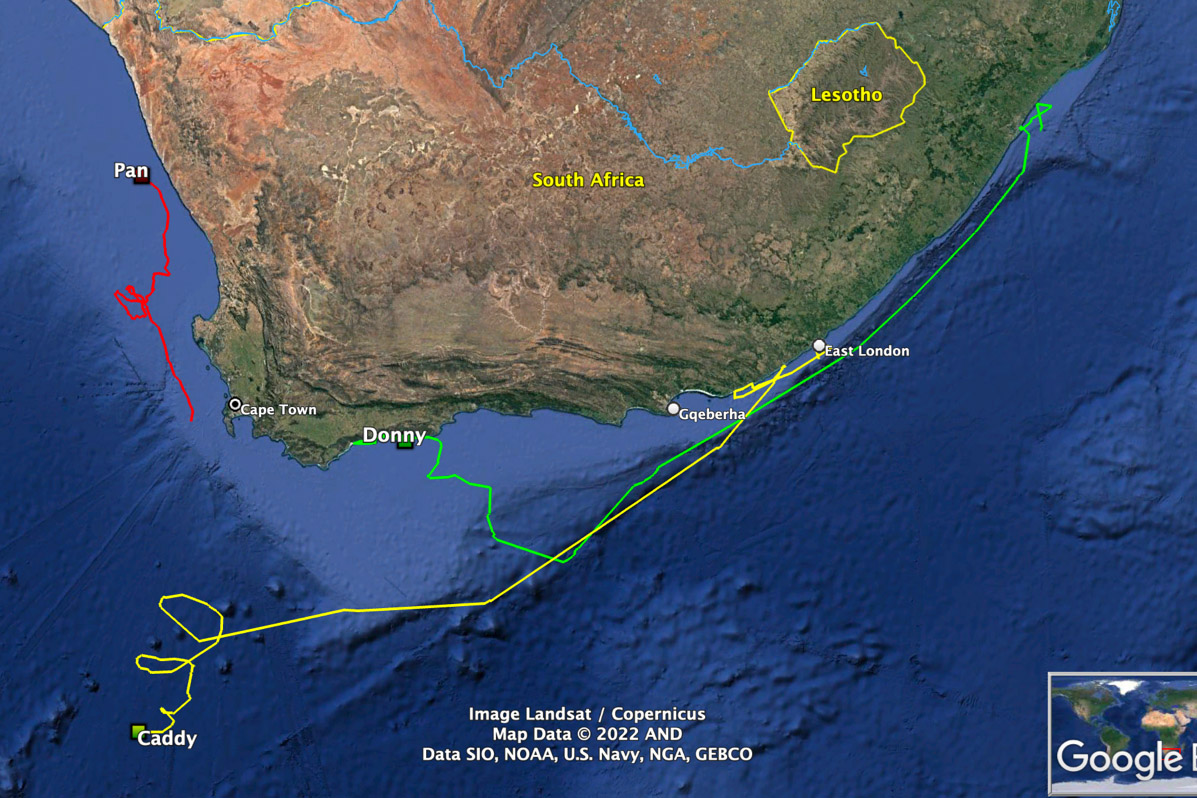