They are miniature replicas of the adults with the exception of a small, white round end to their barb which prevents the mother from being injured during the birthing process.

Thorntail rays are one of the larger ray species in the world and individuals can grow up to 200kg.  Our adults range between 90 -130 kgs.  They are present along the KZN coast in summer and often congregate in sheltered areas off the Durban beachfront, which could be where they reproduce. 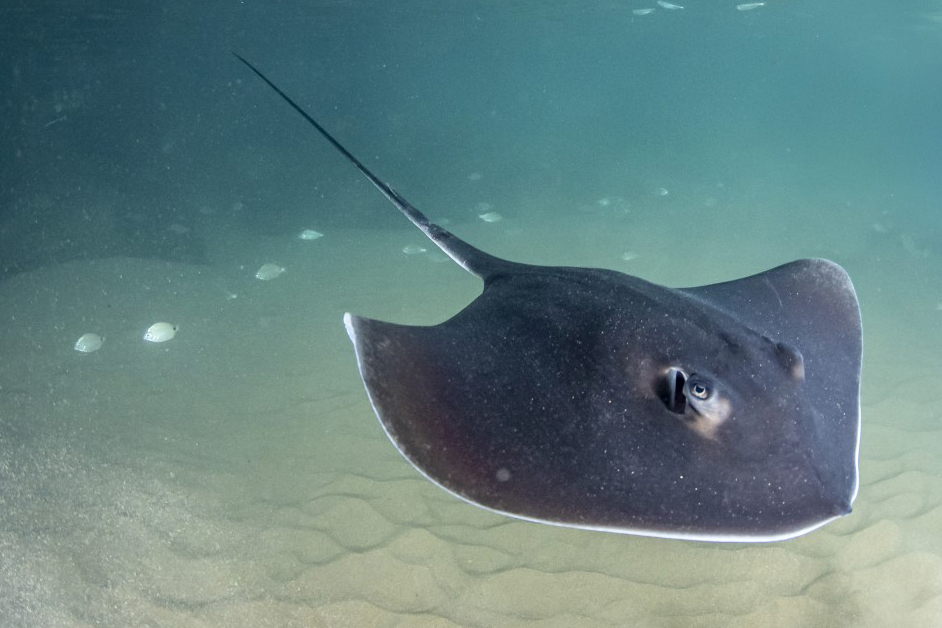 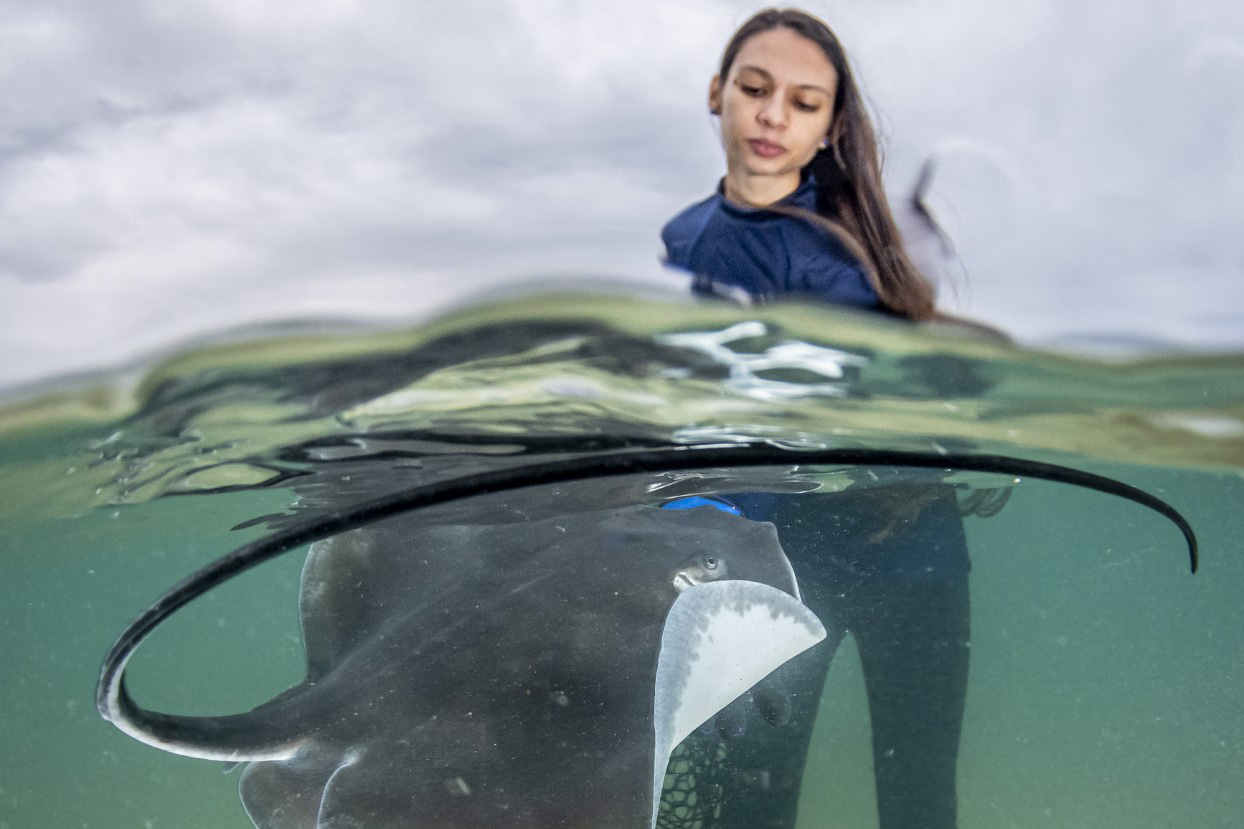