Four SAAMBR staff members attended the 5th Southern African Marine Linefish Symposium (SAMLS) from the 8th – 11th July 2019, held at the beautiful Mpekweni Beach Resort in the Eastern Cape. Organised by Warren Potts and his team from the Department of Ichthyology and Fisheries Science (DIFS) at Rhodes University, this symposium brought together some of the leading linefish researchers and students from around southern Africa. The theme for the symposium was “Linefish resilience in the Anthropocene”, a perfect theme for today’s era of ever-increasing human population and the effect this is having on the planet’s resources, ecosystems and climate.

Eleven sessions took place over three days, following six broad themes, including: Monitoring and Assessments; Life History; Climate Change; Human Dimension; Socio-Ecological; and Science Communication. Our SAAMBR representatives: Bruce Mann, Judy Mann-Lang, Ryan Daly and Gareth Jordaan, each presented on various aspects of their research and received positive feedback from colleagues. Bruce and Judy were asked to present the plenary on the first day. They highlighted South Africa’s new MPAs, the potential benefits to linefish and some of the challenges ahead with regard to effective communication and compliance. Other presentations indicated that some very important and interesting work is being done by fellow marine linefish researchers around the country. Technological advances such as underwater video and acoustic telemetry have allowed us to dive deeper into the behaviour, life history, biology and movement of various linefish species, as well as provide more effective ways of communicating this research to the public. ORI scientists authored or co-authored no less than 11 of the 45 presentations at the conference – a clear indication of the leadership position that ORI occupies in South African marine linefish research. All-in-all the symposium was a great success where vital networking and integration took place between researchers and students at the different research institutes, each with the same end goal in mind: conserving vital marine linefish resources, despite the ever-increasing threats of overfishing, pollution and climate change.

SAAMBR has offered to host the next Marine Linefish Symposium in KwaZulu-Natal in 2021 and we look forward to running another stimulating and productive symposium. 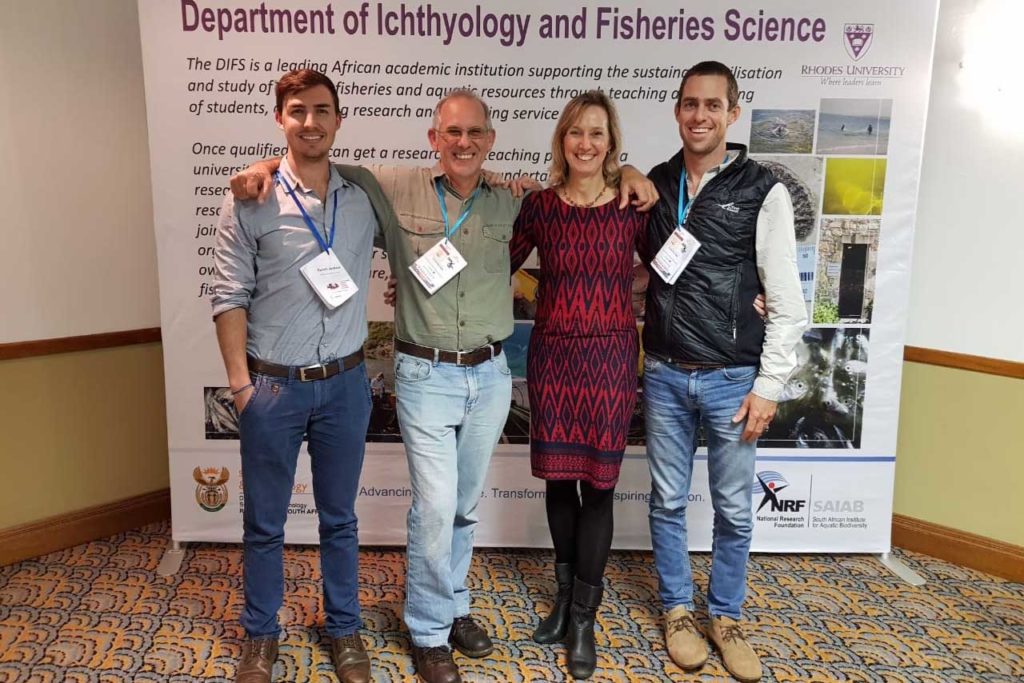