They are part of the batch of hatchlings recently flown up from Two Oceans Aquarium in Cape Town that have been deemed fit for release.

These hatchlings would have hatched on one of the northern KwaZulu-Natal beaches earlier this year and then were carried down the East Coast of South Africa in the Agulhas current.  After emerging from their nests in the sand and braving ghost crabs and other predators on the beach these tiny turtles face many further obstacles in the sea as they travel southwards.

The Agulhas current begins to weaken as it reaches the southern Cape waters and reflects eastwards. Baby turtles are usually carried along eastwards with this movement into the Indian Ocean basin where they continue to grow in the surface waters.  However, some ‘unlucky’ baby turtles can be caught in current gyres which spin off from the main body of the Agulhas current and move closer to the coast.  Strong onshore winds possibly contributed to pushing the tiny turtles out the current and towards the shore.

Loggerhead turtles cannot survive for long periods in cold water as their metabolism becomes compromised and they weaken and often wash up along the shoreline. All the turtles we are releasing were fortunate enough to have been rescued by caring members of the public and given a second chance at life.

According to the latest international report on biodiversity over 1 million species of plants and animals are threatened with extinction. Loggerhead turtles are already a vulnerable species which means that, despite some conservation successes locally, their worldwide numbers are declining.

“One loggerhead turtle hatchling may not make a difference to the world turtle population figures, but each time we save one animal, we are giving it another chance to reach adulthood and reproduce.  Who knows, perhaps one of these little turtles will, in the future, return to nest on a moonlit beach on KwaZulu-Natal’s remote northern beaches”, said uShaka Sea World Senior Aquarist, Malini Pather. 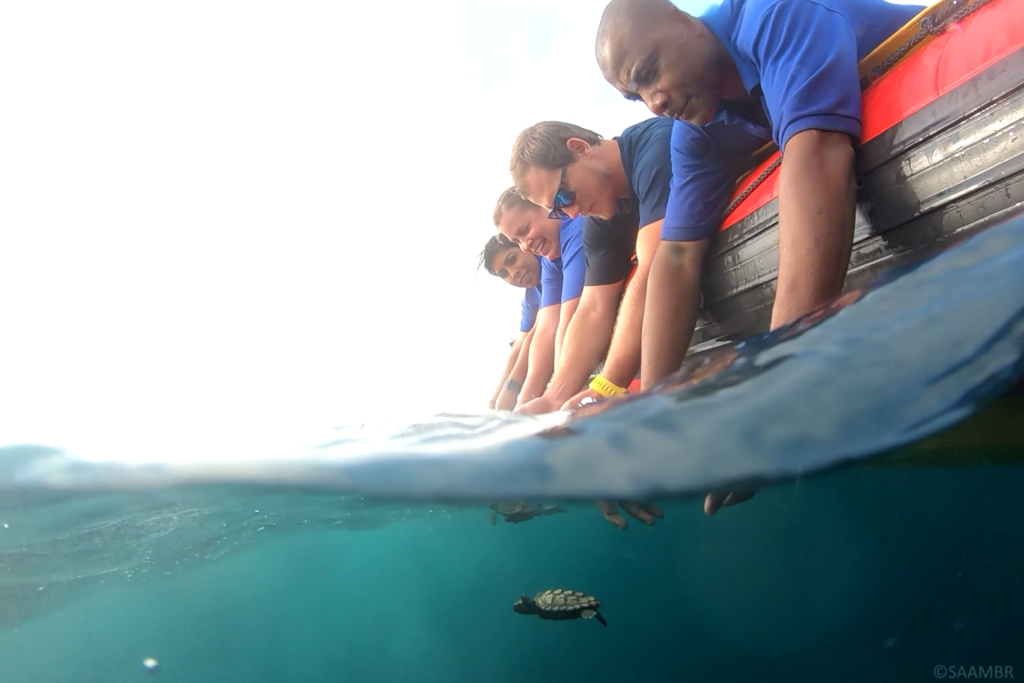 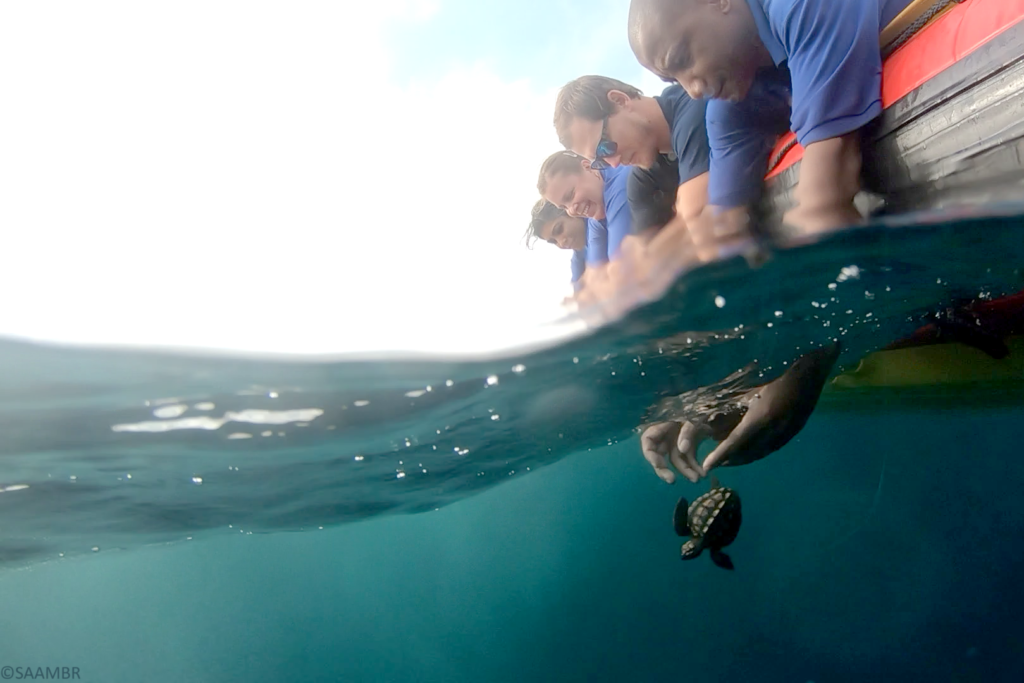 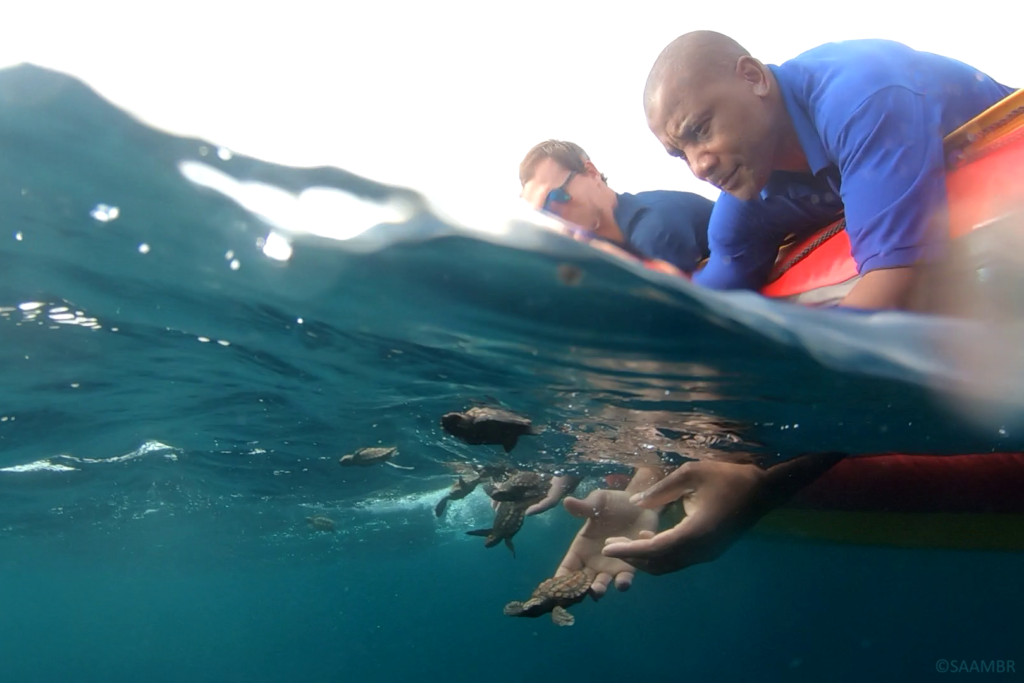 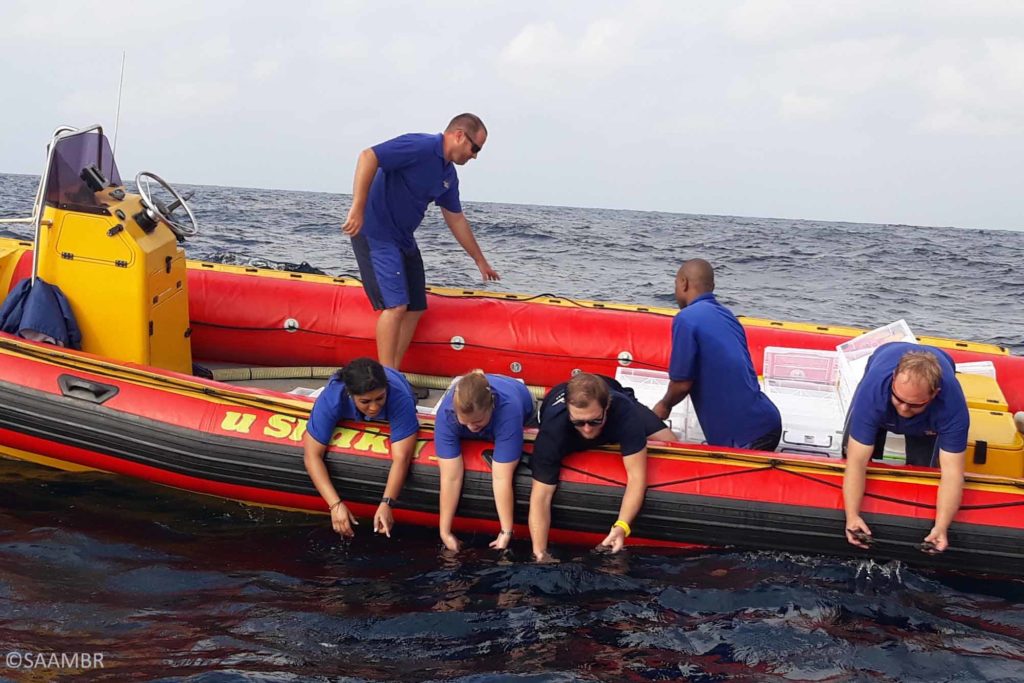 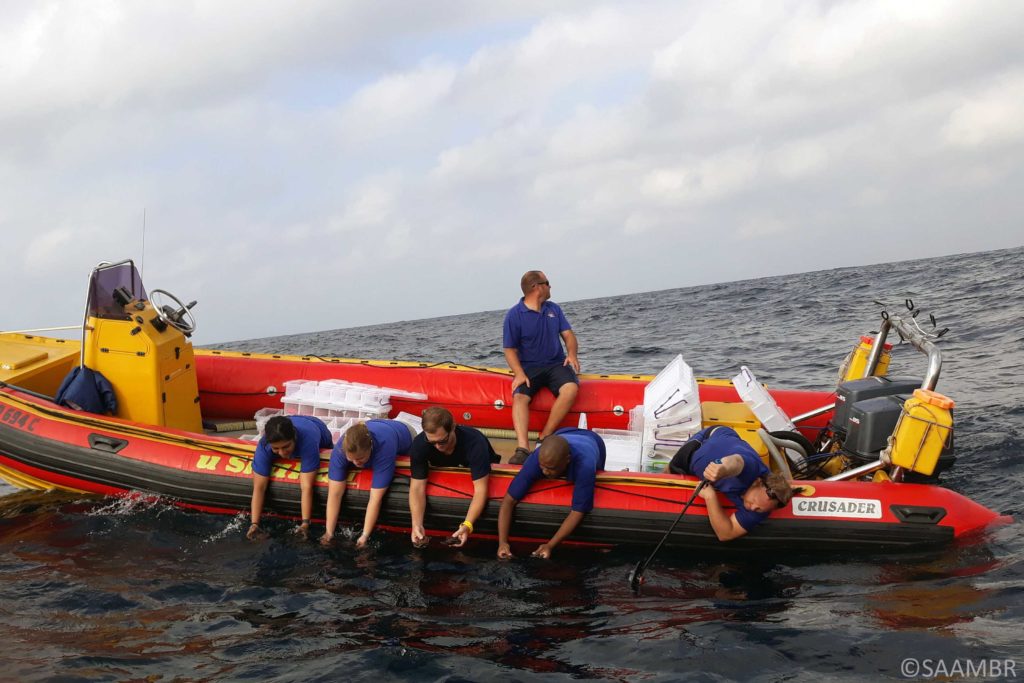 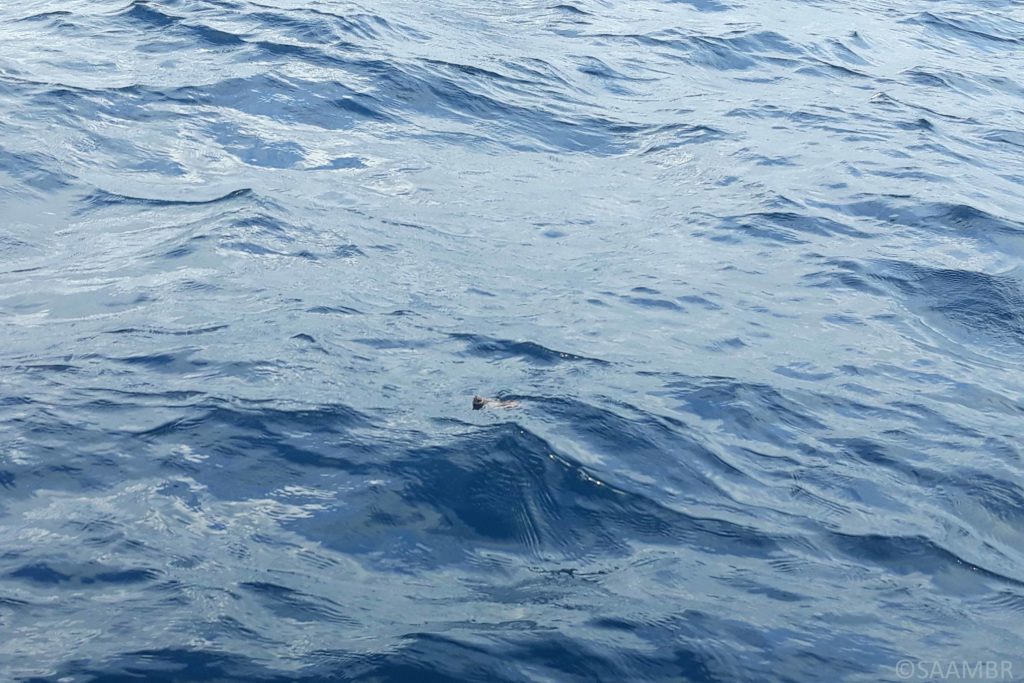 One of the 106 rescued turtle hatchlings released today.
PrevNext