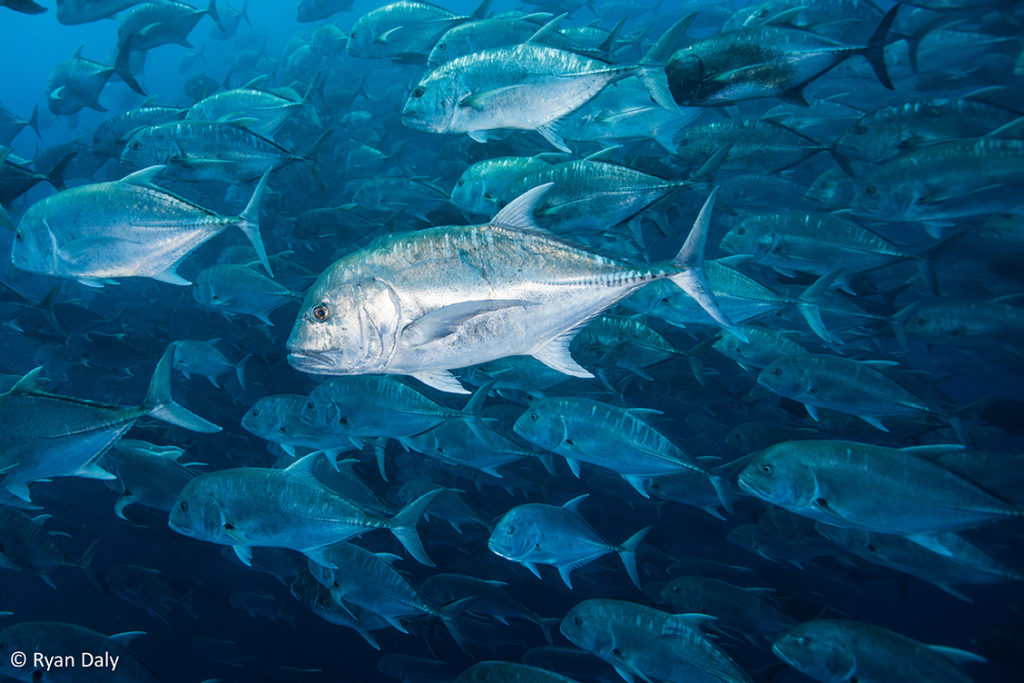 The results of our first study “Quantifying the largest aggregation of giant trevally on record” were published in the African Journal of Marine Science in 2018 (Volume 40) and a picture of the aggregation made the cover for the journal. 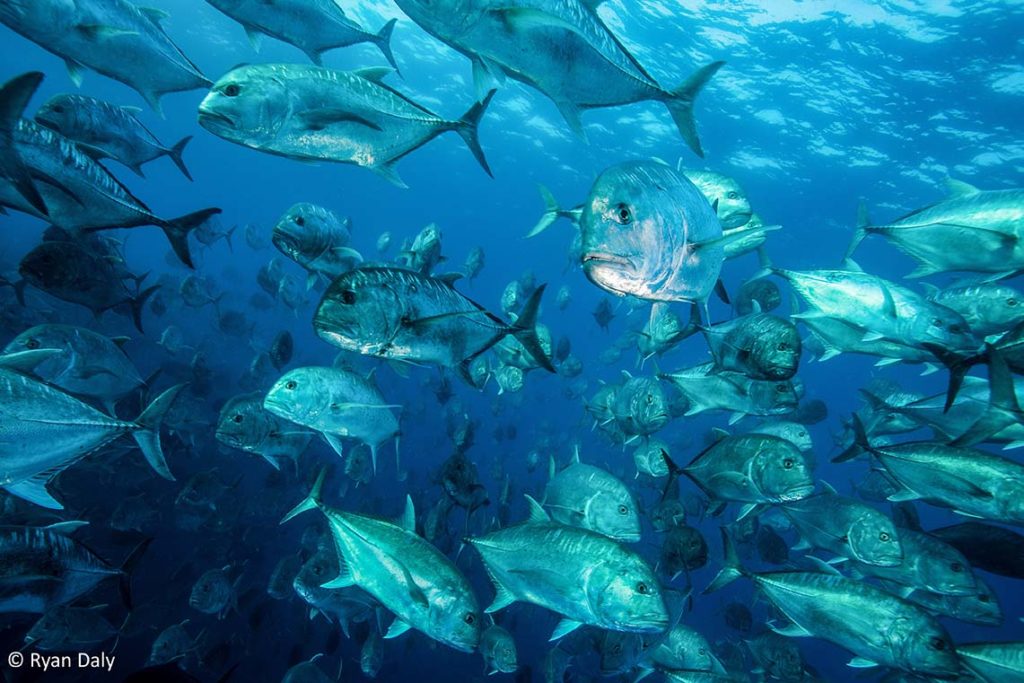