For those of you who have been following Pemba’s journey, you will have noticed that Pemba has remained in her current position (central western Atlantic) for the past 4 months.

The spot she has chosen lies between the Mid-Atlantic Ridge and the seamounts to the west that rise close to the surface. Seamounts can be likened to underwater mountain ranges which rise up from the ocean floor to just below the surface.

Seamounts are well recognised as ecological hotspots due to their biological richness, resulting from the movement of nutrients from the depths of the ocean to the sunlit surface waters.  This “marine oasis” provides a rich source of food for many marine species, including seaweeds, sponges, corals, jellyfish and Olive Ridley turtles.

Pemba has certainly found herself an ideal buffet on the seamounts.  Whether this will be semi-permanent or a temporary stopover is yet to be determined.

We are delighted to be able to keep you updated. 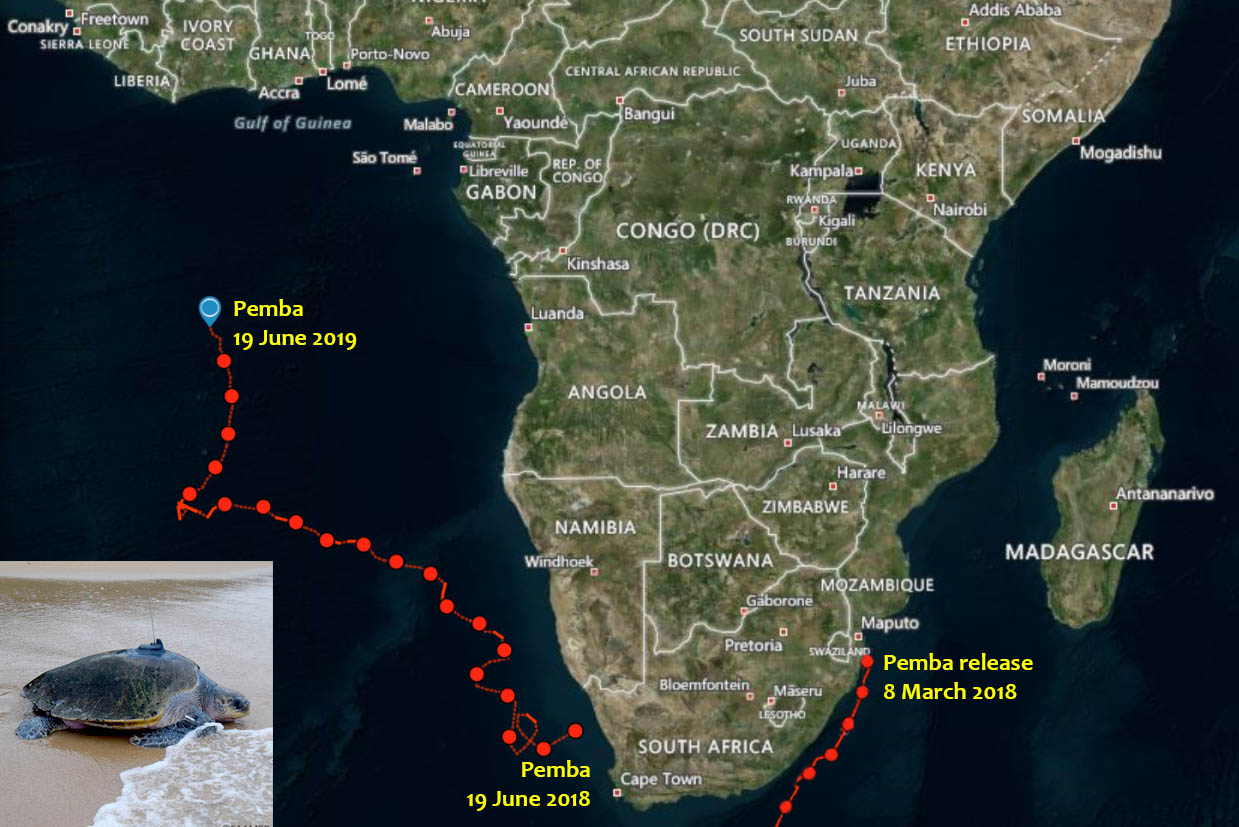