I initially thought Pemba was heading towards Brazil, but over the last month she has spent quite a bit of time near St. Helena and seems to be aiming for Angola now. Currently she is 392 km north of St. Helena and about 1916 km west of Angola with 3400 km between her and Brazil.

She is swimming around some well-known table-mounts, also known as guyot’s. These are isolated volcanic sea mounts at least 900 meters tall. The South Atlantic has 43 such guyots.  Again – these areas are rich fishing grounds and there should be plenty food for her. Olive ridley’s are mostly carnivorous living on jellyfish, crustaceans, tunicates with the occasional bit of algae.

Pemba was released off Mabibi in KwaZulu-Natal 402 days ago and has since traveled 15 839 km. That is an impressive 39 km/day.

It will be quite incredible if Pemba heads for the nesting sites along the west coast of Africa. Olive ridley females have an average clutch size of about 116 eggs and incubation lasts 45 – 51 days, but can take up to 70 days in poor weather conditions.  Eggs incubated at 28°C or less develop into male hatchlings, and eggs at 31 – 32°C will develop into females, with 29°C – 30°C giving a mixed-sex clutch.

At the moment Pemba is in a lovely warm 28°C with a very gentle east current,  but a rather strong south-east surface wind.

Pemba’s satellite tag has passed 2034 satellites and has sent through 20 962 messages. This tag was set to send a message every 15 seconds.” 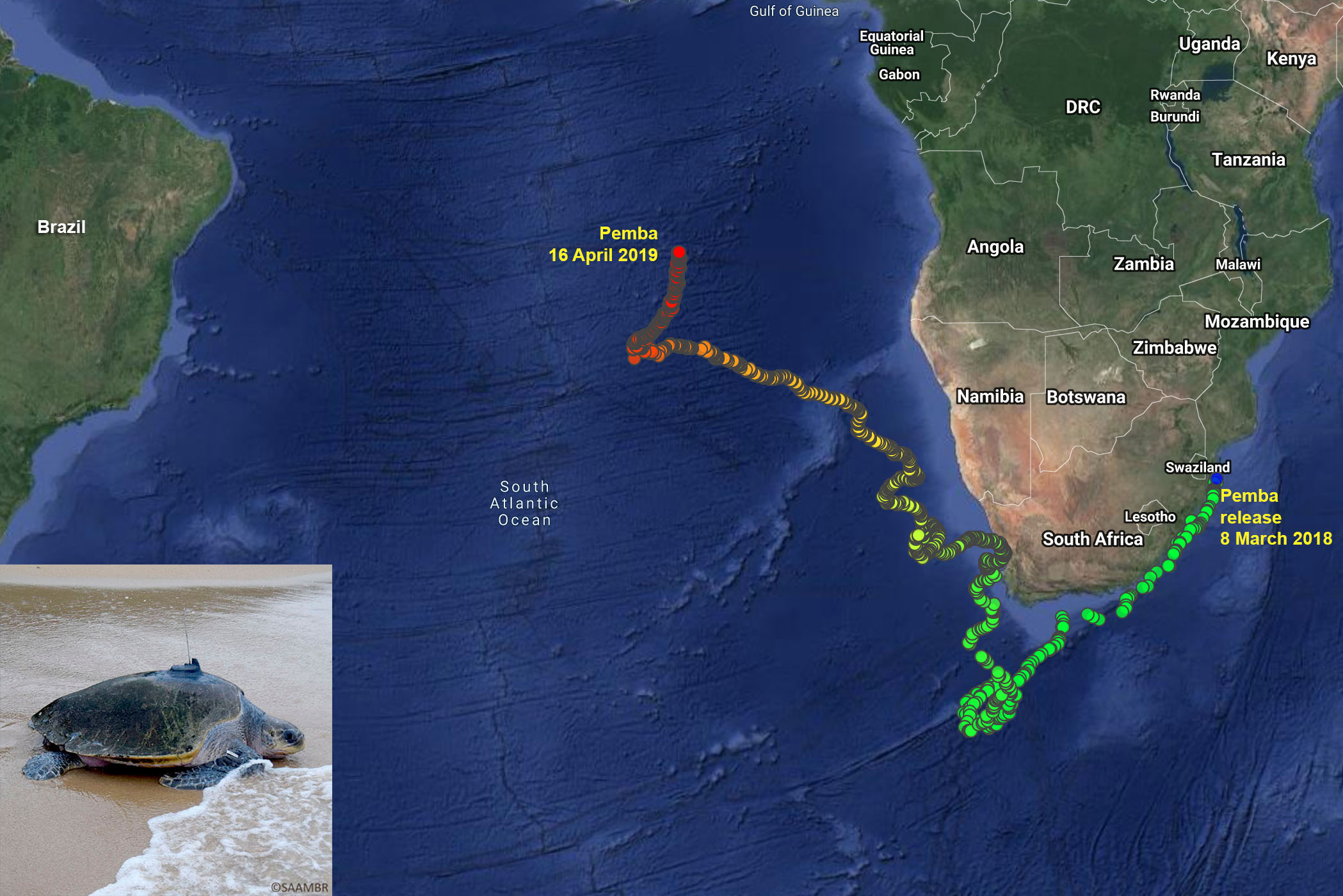