In the 1970s and 1980s AC-DC was a popular heavy metal band.  30 years later, ORI scientists are now working with some rather heavy metal instruments – but these are called ADCPs – Acoustic Doppler Current Profilers.  In May the ORI’s Linefish Team traveled to Sodwana Bay in the iSimangaliso Wetland Park to deploy (put out) and retrieve acoustic receivers – underwater listening stations, and to undertake maintenance work on the ADCPs.

The underwater listening stations are part of the Acoustic Tracking Array Platform (ATAP), a collaborative marine science initiative that helps us to monitor the movements of several marine animals, including large sharks and important coastal fishery species. The platform is made up of a network of listening stations that automatically log the sound signals that are emitted from animals tagged with acoustic transmitters. A network of these listening stations have been moored to anchors on the sea floor between Cape Point and Ponta do Ouro in Mozambique. These receivers log and store data of fish that have been tagged with acoustic transmitters that swim by within detectable range (approximately 500 m radius).

ORI’s CAPTOR project is examining how connectivity and dispersal of marine organisms between MPAs and adjacent areas takes place along the KZN coast. The ADCPs are sited at Red Sands and Rabbit Rock and are used to measure currents which assist in larval dispersal.

On our first day we made the long boat trip up north to Rabbit Rock (+ 60 km) where we planned to deploy a new receiver and mooring, as well as replace the legs of a previously installed ADCP. The weather played its part and we had beautiful conditions with flat seas, no wind, blue water and clear viz. On our way back we stopped off at 9-mile and 2-mile reef where we did two dives at each site retrieving and replacing the old receivers as well as cleaning up the current moorings. The conditions were perfect except for a strong north to south current which made underwater work challenging on the deeper dives (30 m). We took further advantage of the weather and between dives we fished for bluefin kingfish hoping to catch one greater than 50 cm FL (Fork Length, from tip of nose to fork of tail) that we planned to tag with an acoustic tag, but unfortunately with no luck.

Day two threw some curve balls at us with boat trailer and winch problems. These were patiently resolved before we could go out and perform the day’s work. We eventually got onto the water at about 12:30 where we made our way towards Jesser Point. We had to work quickly as the north-easterly wind was freshening. We acoustically released two deep receivers from 40 m and 64 m using an Acoustic Interrogator. This device sends a signal down to the specific receiver which triggers a release mechanism that releases the mooring from the anchor. After a couple of anxious minutes’ waiting, the moorings popped up to the surface and were duly collected. We did one dive after this where we retrieved and replaced a receiver on a shallower mooring.

On day three we traveled south down to Leven Point (+ 45 km) where we dived to retrieve and replace a shallow receiver and clean the mooring. We then made our way back north and stopped at Red Sands reef where we deployed two new moorings and dived and retrieved the old acoustic receivers. We also replaced the corroded legs of the previously installed ADCP at Red Sands. Our final stop was at the northern boundary of the sanctuary area where we again deployed two new moorings and dived and retrieved one of the old acoustic receivers. Unfortunately, the second receiver was not found but will be replaced during the next Sodwana trip.

The trusty Ford Wildlife Foundation vehicle again proved its worth in getting the team to and from Sodwana safely, as well assisting with launching and retrieving the ORI boat on the beach. 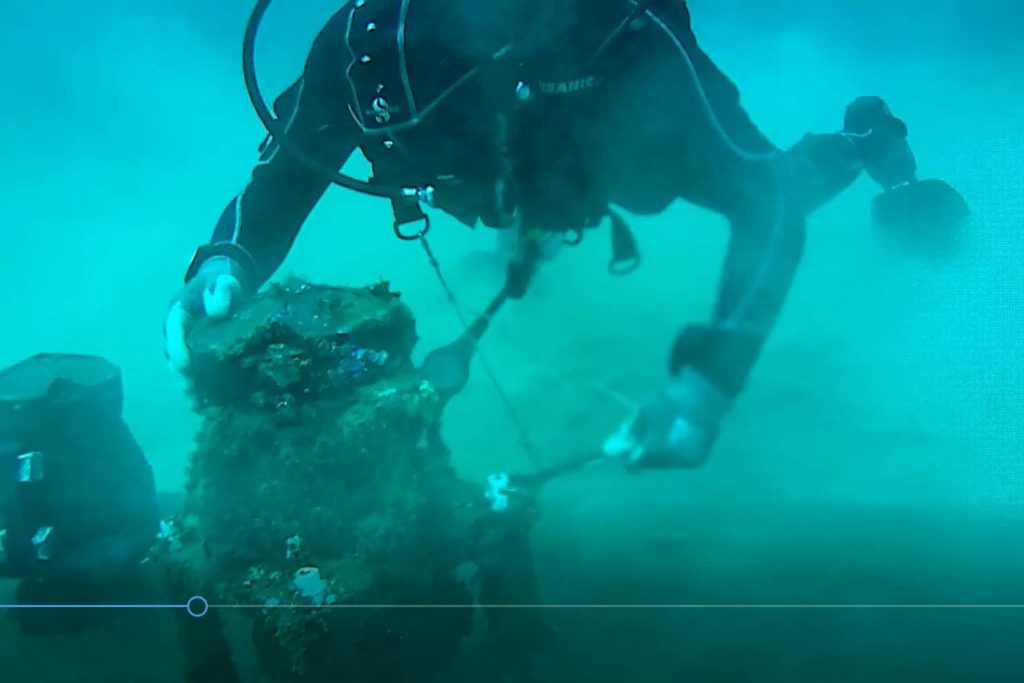 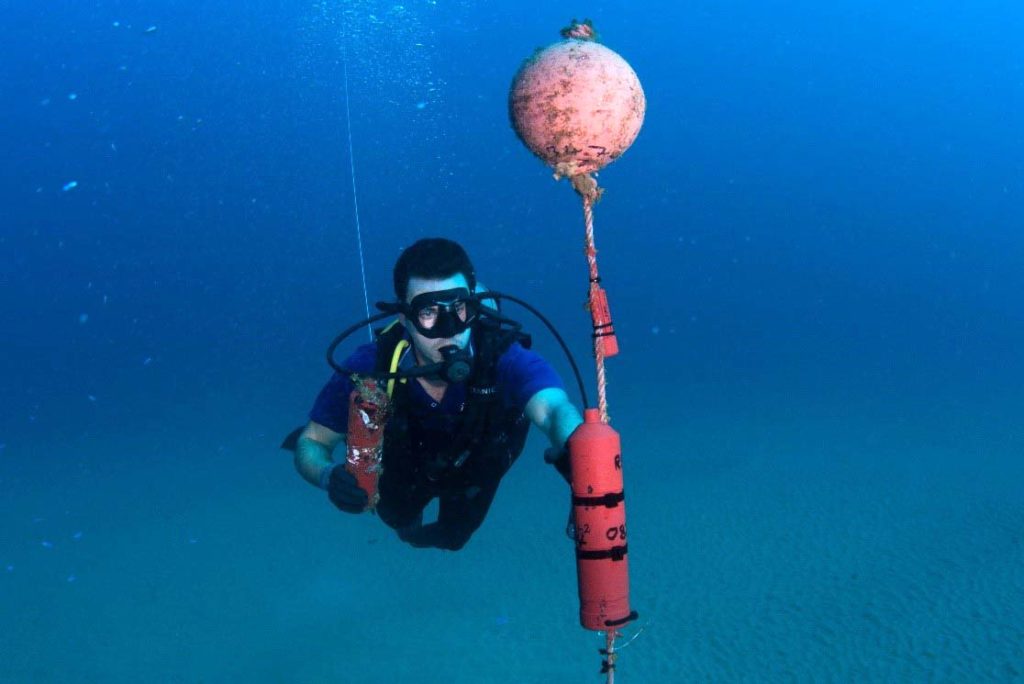