On Friday last week Herbie left the protection of the Richards Bay Harbour and took advantage of the Agulhas offshoot current which had picked up the day before and headed southwards.  She traveled for approximately 35 kilometers over the weekend  before settling on the eight kilometer shallow inshore reef just south of Mtunzini.  She has spent the last two days exploring this warm water reef.

(The accuracy of the satellite reading is influenced by the strength of the signal. Factors such as cloud cover, wind speed and how long Herbie stays on the surface of the water will influence the signal.  A normal signal is often as much as 1.3 kilometers out). 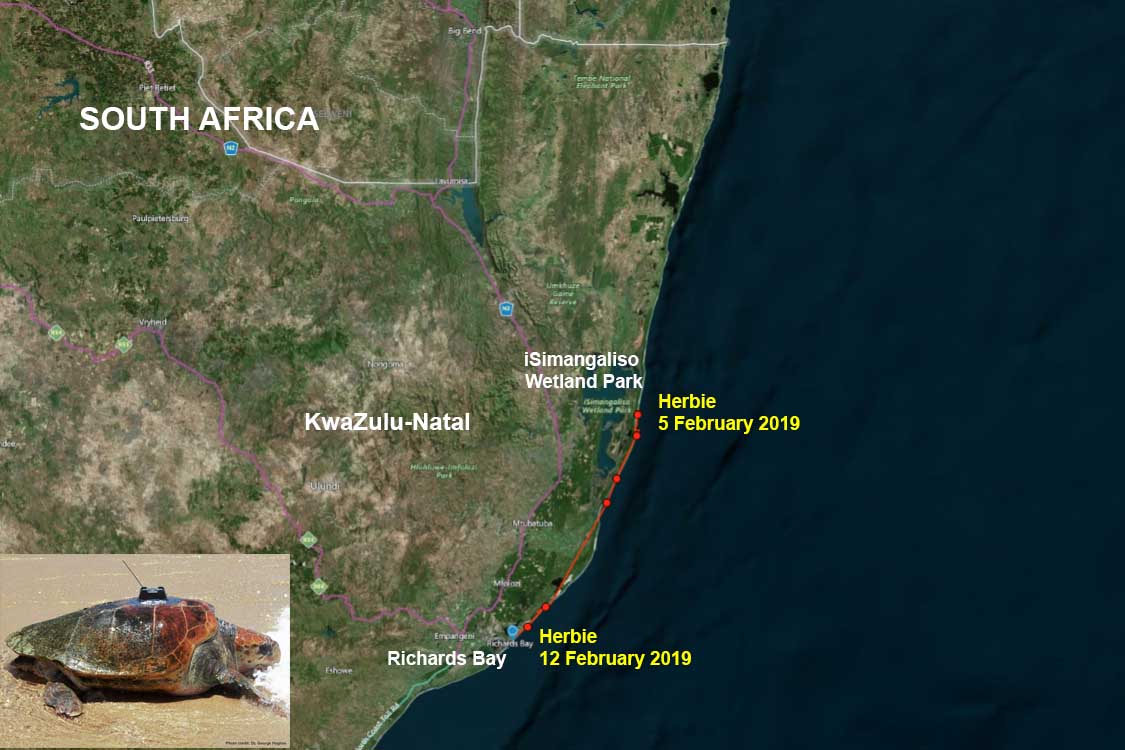 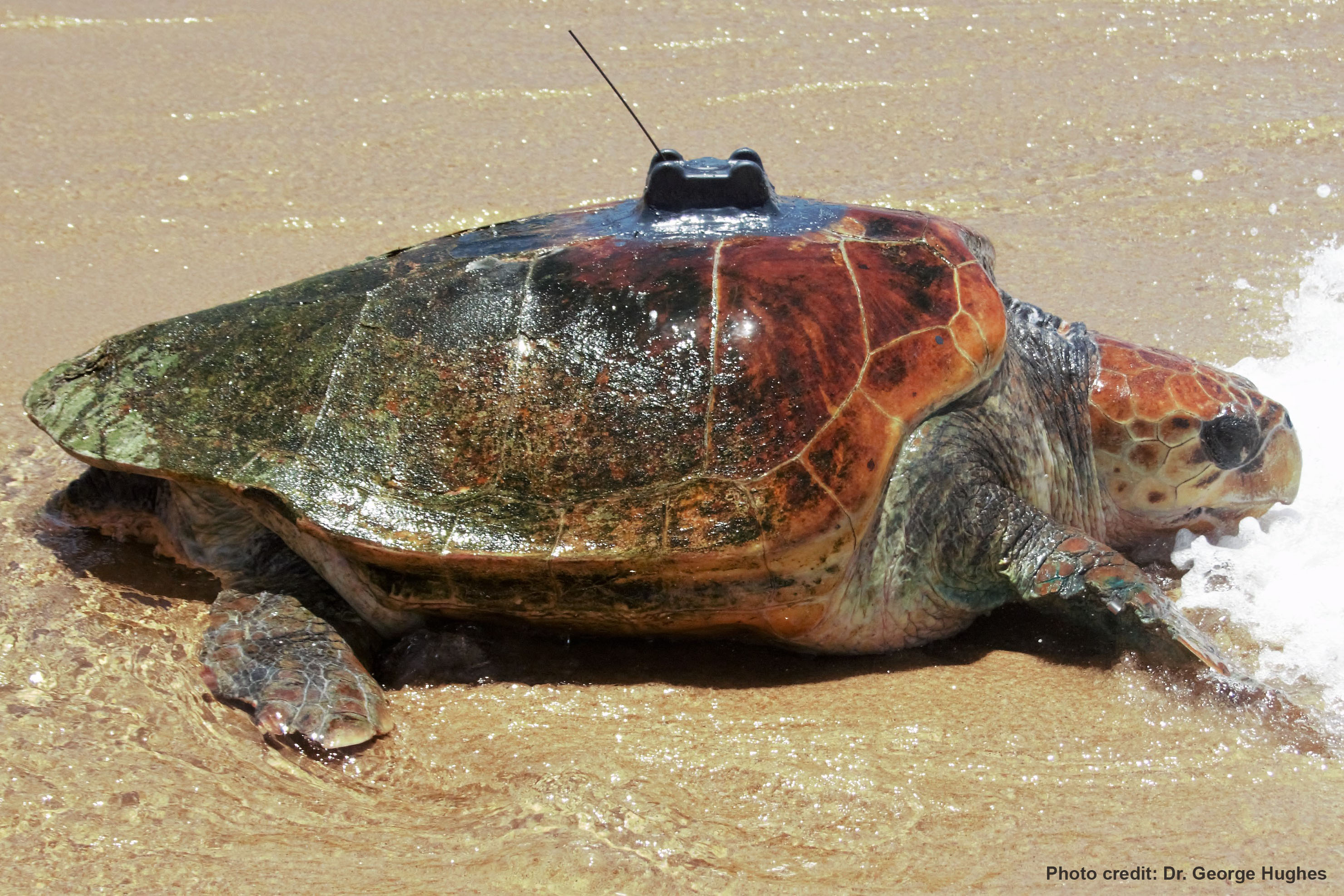