There is an awful lot of flapping, preening and jumping about going on in the flamingo enclosure as most of the flamingos are sporting beautiful new wing feathers on their very impressive and rapidly expanding wings.

Four of the flamingos now weigh more than 1kg, 14 are between 800gms and a 1Kg, 72 weigh between 500gms and 800gms and 26 are still under the 500gm mark. The smallest little chick who spent quite some time in the hospital unit weighs only 247gms but is a little fighter and is doing well.

Preening is diligently carried out by all the birds but it appears as though some haven’t quite got it right and are not yet able to distribute enough oil from their glands to water proof their feathers and end up sopping wet after a dip in the pool. This skill will come in good time.

We are still unsure of exactly when the flamingos will be on their way back to Kimberly as final arrangements are still being considered.

The volunteers helping with the flamingos have been exceptional and have worked tirelessly over the past eight weeks filling water trays, mixing and placing their flamingo red artificial feed, observing behaviour, filling pools, syringe feeding and of course cleaning and cleaning and cleaning. The cleaning never seems to come to an end as flamingo chicks are notoriously messy and joyfully disorderly.

We could not have managed the past eight weeks without our sterling volunteers – thank you to each and every one of them. 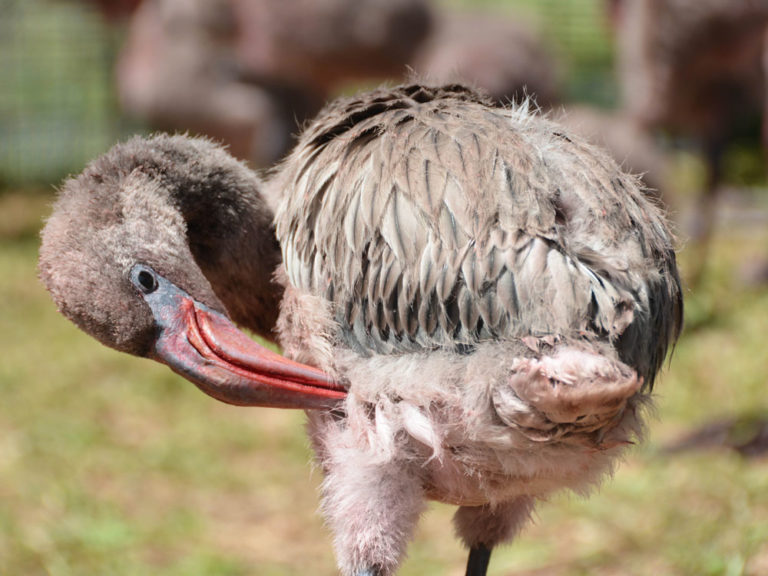 Working on my preening technique 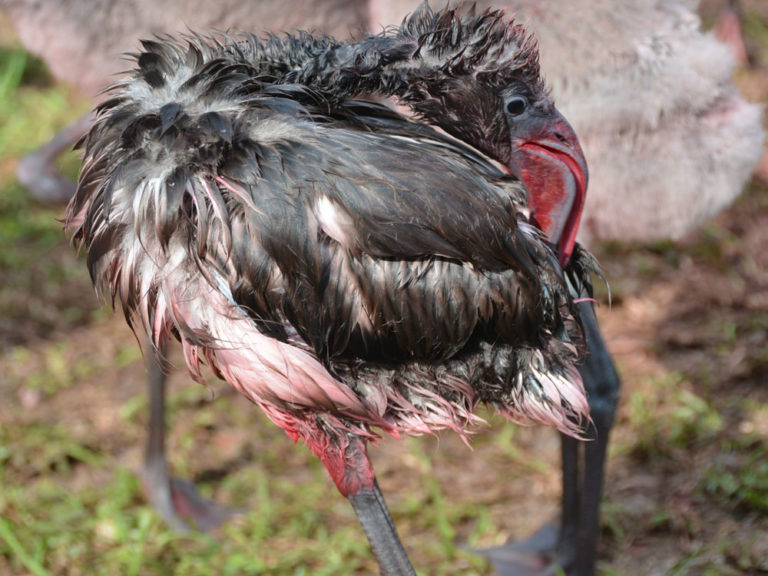 Still working on my waterproofing 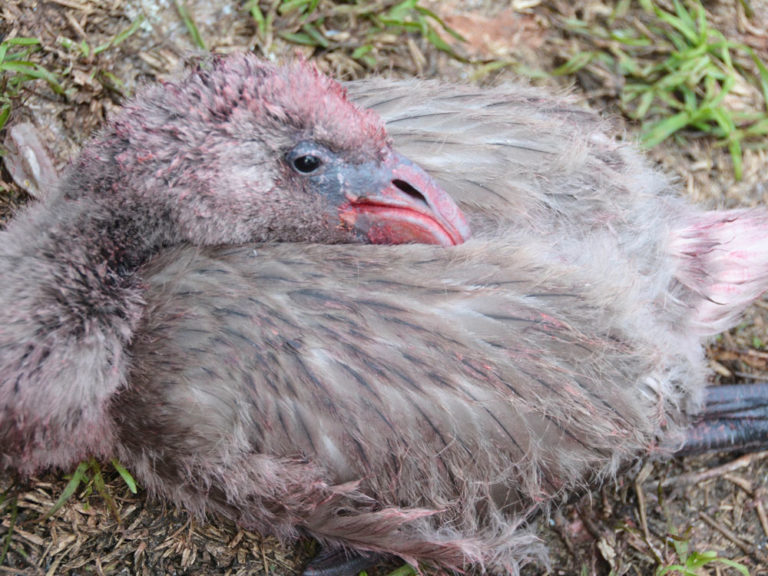 Resting on my stomach 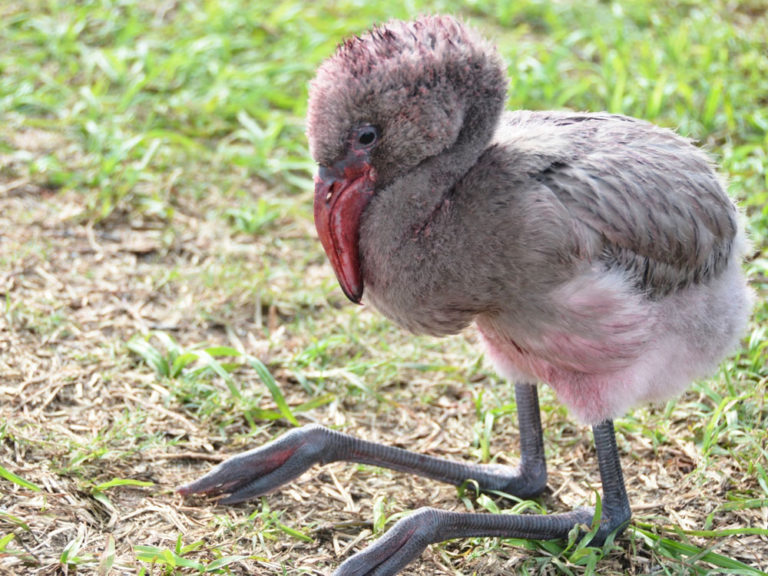 Resting on my joints 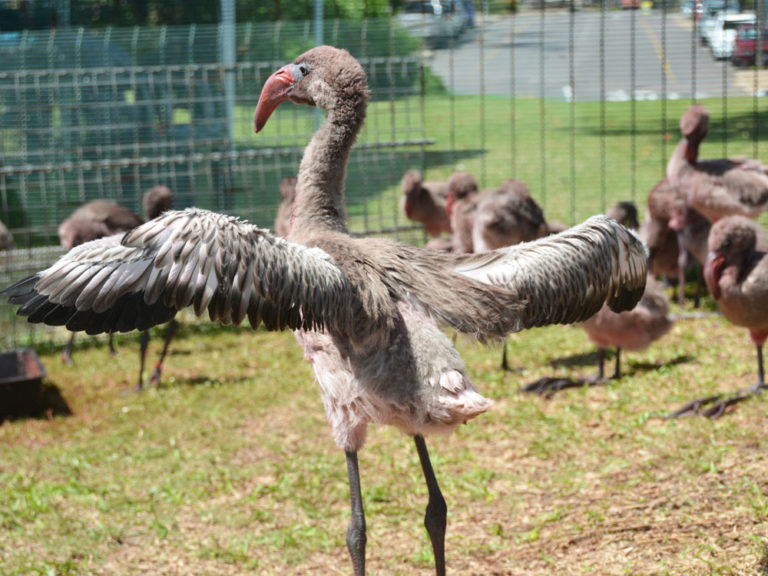 Showing off my new wings 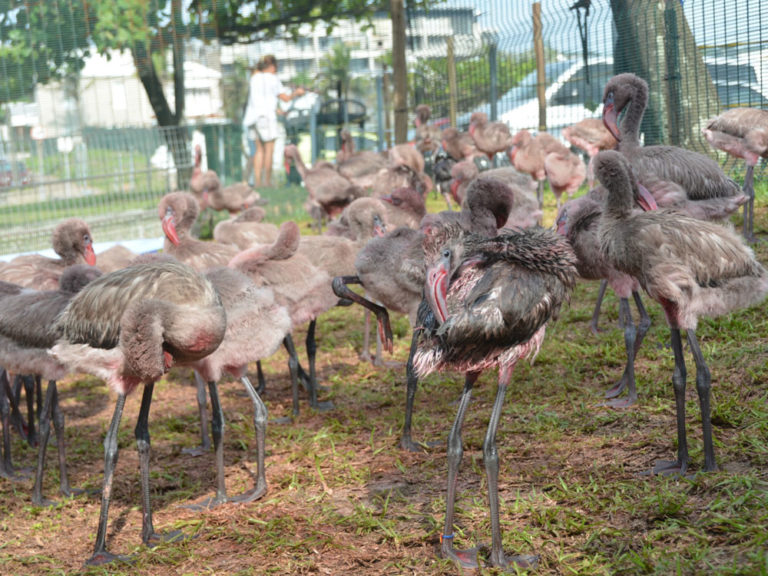