February. The month of love. The time of year that cupid takes out his quiver and sharpens some arrows. Or in this case, billions of them. February, coincidentally, is when the corals at Sodwana Bay start getting frisky and release billions of sperm and egg sacks into the water column, hoping that many of them find the perfect match and settle down to begin a coral colony together.

Sodwana Bay, a popular dive destination within the iSimangaliso Wetland Park on KwaZulu-Natal’s north coast, is home to some of Africa’s southernmost coral reef communities. There are several significant sections of reef along this coastline, from 40km south up to the Mozambican border. Scientists from the Oceanographic Research Institute (ORI) have been studying these reefs for three decades with increased focus on the reproductive habits of these colourful and diverse organisms in the last five years. Over this time it has become apparent that several of the coral species spawn, or mate, just after the full moon in February. A more romantic creature would be hard to find.

This month, ORI Coral Reef Programme scientists will be spending two weeks at Sodwana Bay to monitor this phenomenon. Coincidentally, 2019 is the Reef Programme’s 30th anniversary.

There are three primary types of breeding that the corals undertake, with the most common being each coral polyp releasing an egg and sperm bundle that will divide in the water column. With a single colony the size of a shoe box being capable of releasing about 300 000 bundles, it is expected that several billion, and probably more, of these bundles will be released to ensure the continuity of the species, as well as to ensure that this complex habitat for so many other creatures, thrives into the future. Being very small, or planktonic, the bundles form part of the diet of many other species, meaning not many end up creating actual colonies.

The team will be conducting the research from ORI’s research vessel, ORV III, whilst enjoying support from local diving operators as well the #FordWildlife Foundation which has loaned ORI an impressive Ford Ranger XLT. The monitoring of coral spawning also forms part of Project CAPTOR, an ORI project funded by the African Coelacanth Ecosystem Programme, which is examining connectivity of corals, fishes and other organisms between Marine Protected Areas. Keep following us for more updates over the next few weeks. 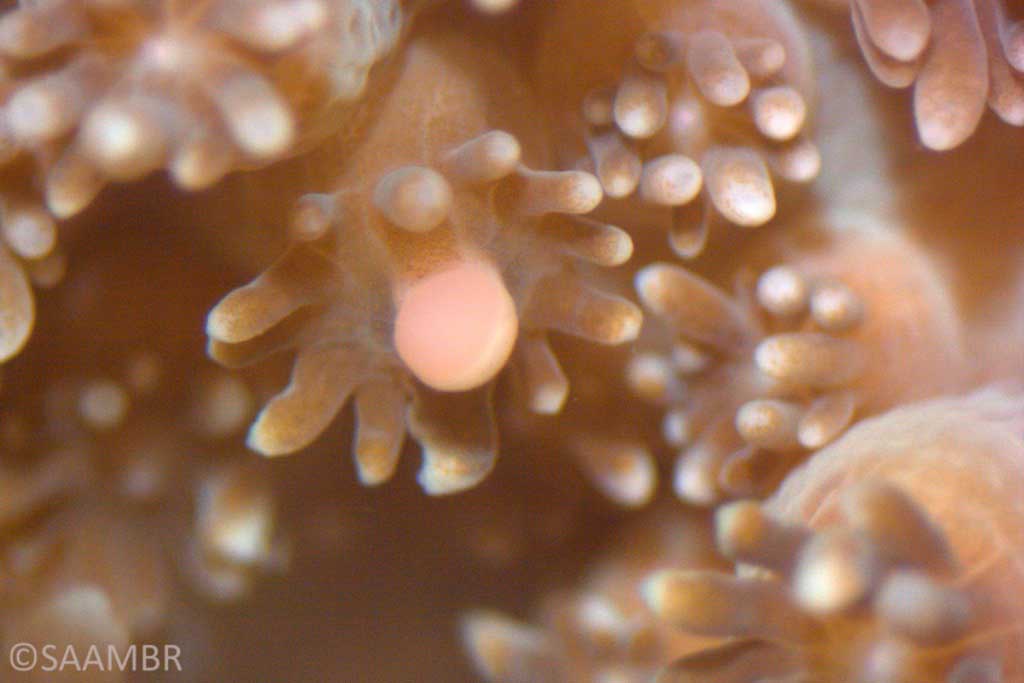 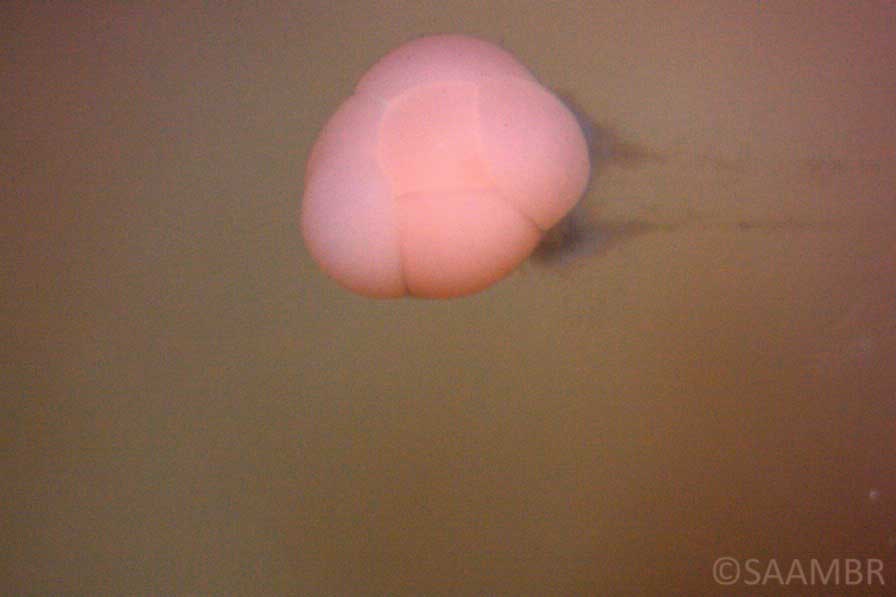 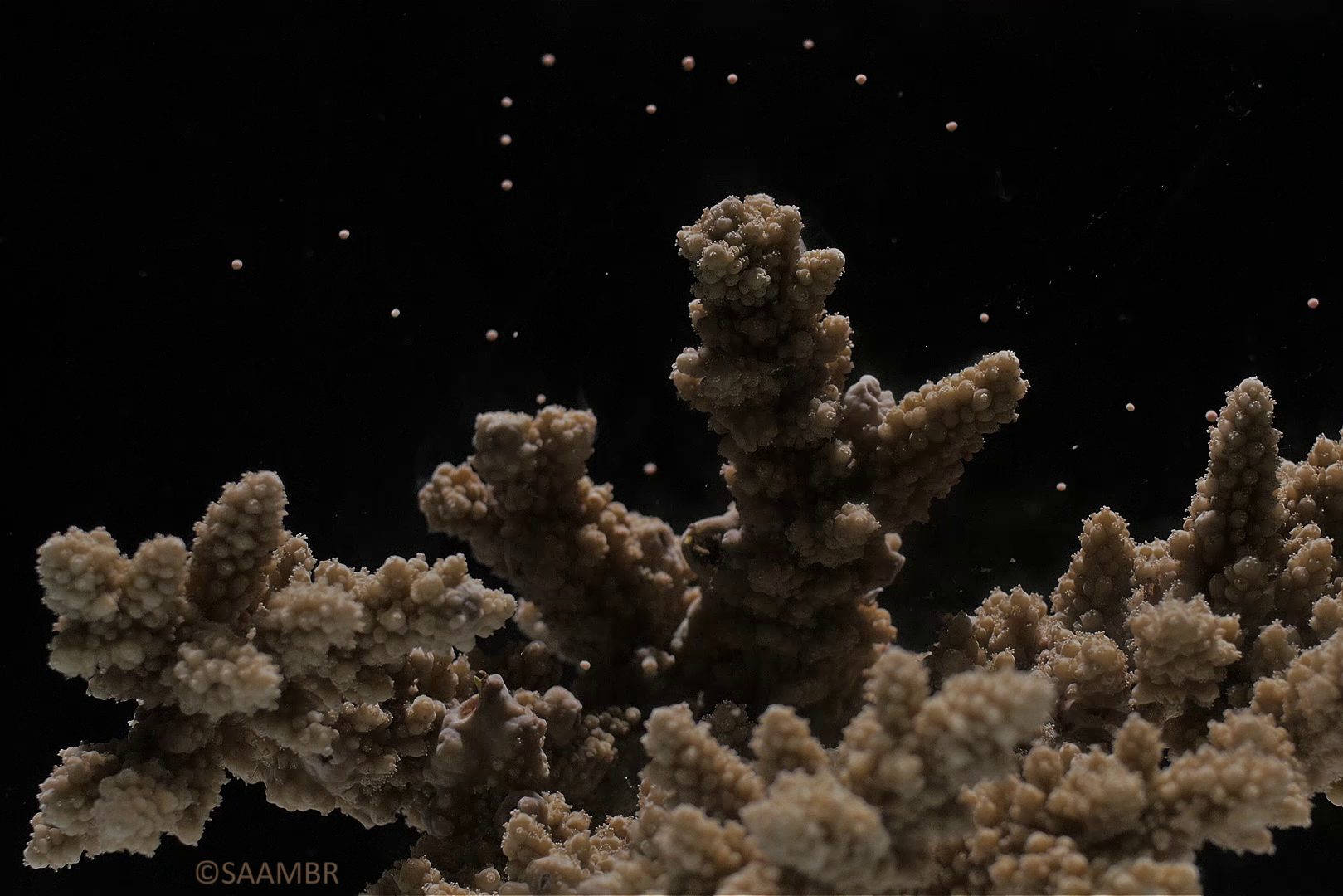 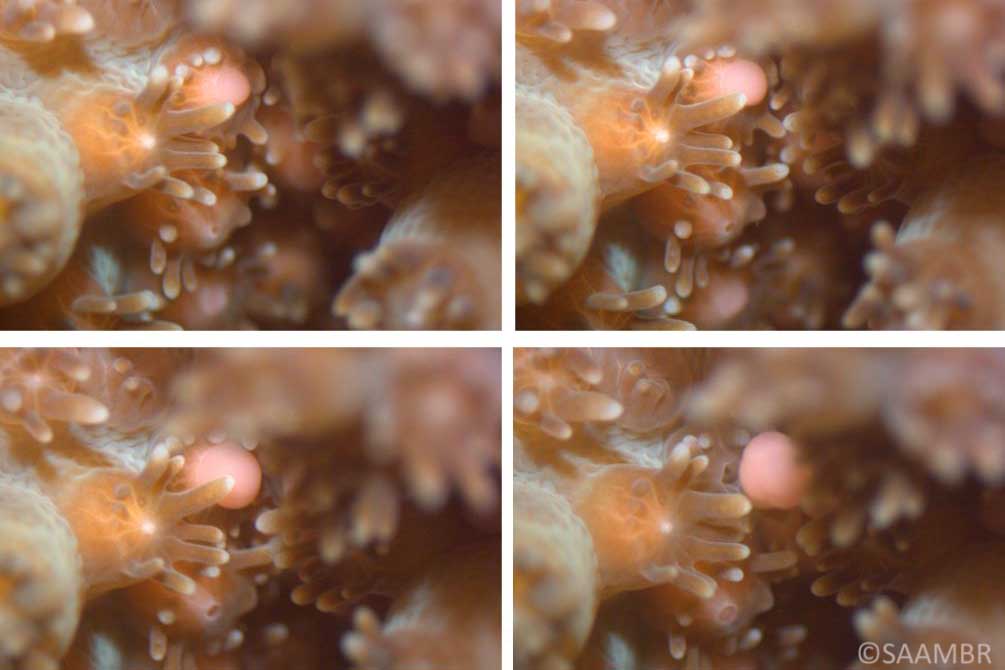