On the 23 May 2019, just one day after World Biodiversity Day, the protection of South Africa’s marine biodiversity received a massive boost with the declaration of 20 new or extended Marine Protected Areas (MPAs). Just as on land, protected areas in the ocean are critical for the conservation of an amazing variety of marine plants, animals and ecosystems. Through careful planning, 5% of South Africa’s ocean is now protected, including about 87% of South Africa’s different marine ecosystems and habitats. At 50 000 km2, these new and enlarged MPAs will protect an area of ocean more than twice the size of the Kruger National Park!

Scientists in SAAMBR’s Oceanographic Research Institute (ORI), whose research has contributed to both the placement and requirements for the KZN MPAs were delighted with the declaration. ‘This is an important step forward for the conservation of our linefish species’ said Dr Bruce Mann, whose research in the iSimangaliso Wetland Park has contributed to the improved zonation of the area, while Fiona Mackay, Senior Scientist at ORI said ‘“The uThukela Banks MPA will protect unique coastal-linked marine ecosystems in a critically important part of the South African continental shelf.”

Dr Kerry Sink, Principal Scientist at the South African National Biodiversity Institute (SANBI), who has dedicated many years of her life towards this achievement said, “This is a giant leap for healthy oceans. And healthy oceans ultimately contribute to healthy people and economies”. Dr Sink started her career in marine science at ORI, making this great achievement an especially memorable one for SAAMBR.

This declaration in the Government Gazette follows over 10 years of hard work by a team of dedicated marine scientists from a wide range of institutes. In 2016, the proposed network of MPAs was gazetted for public comment as part of an inclusive public participation process. In October 2018, Cabinet approved a revised network of MPAs that was adjusted to address stakeholder concerns. While many people thought that this was final step, in fact, the cabinet permission was just the start of the proclamation process with declaration notices and detailed regulations being developed for each protected area. Each MPA is unique and this meant that the boundaries, zonation and permitted activities in them needed to be carefully compiled for the Gazette and, at the same all the contrasting public comments needed to be taken into balanced consideration. Most countries declare one protected area at a time – in South Africa we did 20 all at once!  The mammoth task of compiling these regulations fell to a small team of marine scientists and lawyers, who spent hundreds of hours reviewing the comments from the public participation process, to ensure that the regulations are as equitable as possible, while still achieving the ultimate goals of ocean protection and sustainable use.

What happens now?
If you would like to know the exact details of each MPA, consult the South African Government Gazette No. 42478 and 424479.  http://www.gpwonline.co.za/Gazettes/Pages/Published-Separate-Gazettes.aspx  These regulations take effect on the 1 August 2019.

What does this mean for KZN?
KZN is proud to be home to the largest MPA in the network – the iSimangaliso Wetland Park. This MPA is increasing in size from 820 km2 to 10 700km2.  Zonation within the MPA will ensure that fishermen and divers are accommodated in specific zones. The new uThukela Banks MPA is over 4 000 km2 while the Aliwal Shoal MPA is increasing in size from 125 to approximately 670 km2. The expanded Aliwal Shoal MPA extends between the Illovo and Mzimayi Rivers and will include the iconic Aliwal Shoal. Extending from Mzimkulu River in the north to the Mpenjati Estuary in the south, the new offshore Protea Banks MPA covers an area of about 1200 km2, in the 40 to 2500m depth range.

What does this mean for oil and gas extraction and mining?
Mining is not permitted in any of the protected areas, neither is the exploration or exploitation of oil and gas. This is a massive achievement, as companies have been allocated prospecting rights to over 90% of South Africa’s seabed. These new MPAs will help to protect vulnerable and unique ecosystems from incompatible activities.

What does this mean for fishing?
Different zonation has been applied to different MPAs. While some areas are zoned for no-take, where no fishing is allowed, other areas are open to selected fishing methods. Fish lists determine what species may be caught in some zones. These details are contained in the regulations.

The Director General of the Department of Environmental Affairs Ms Noshipo Ncaba worked hard to ensure that the MPA network became a reality.  When presenting this network at the Convention of Biological Diversity in Egypt last year, the DG said “These MPAs are not only to be ecologically representative, well connected and integrated, but also effectively and equitably managed”.  She noted that South Africa’s Ocean and Coastal Management System (OCIMS) plays a key role in monitoring and compliance. “South Africa has had some experience in managing offshore MPAs since the declaration of our largest MPA around the South African territory of the Prince Edward Islands (in the Southern Ocean) in 2013” said the DG.

The 20 areas include 17 new MPAs and expansions of the existing Aliwal Shoal MPA, Bird Island (into Addo) and the St Lucia and Maputaland MPAs into a much larger iSimangaliso Wetland Park MPA. This brings the total number of MPAs around South Africa to 41 with an additional large MPA in our Prince Edward Islands territory.

Take a virtual tour of both the new and existing MPAs on the beautiful website www.marineprotectedareas.org.za 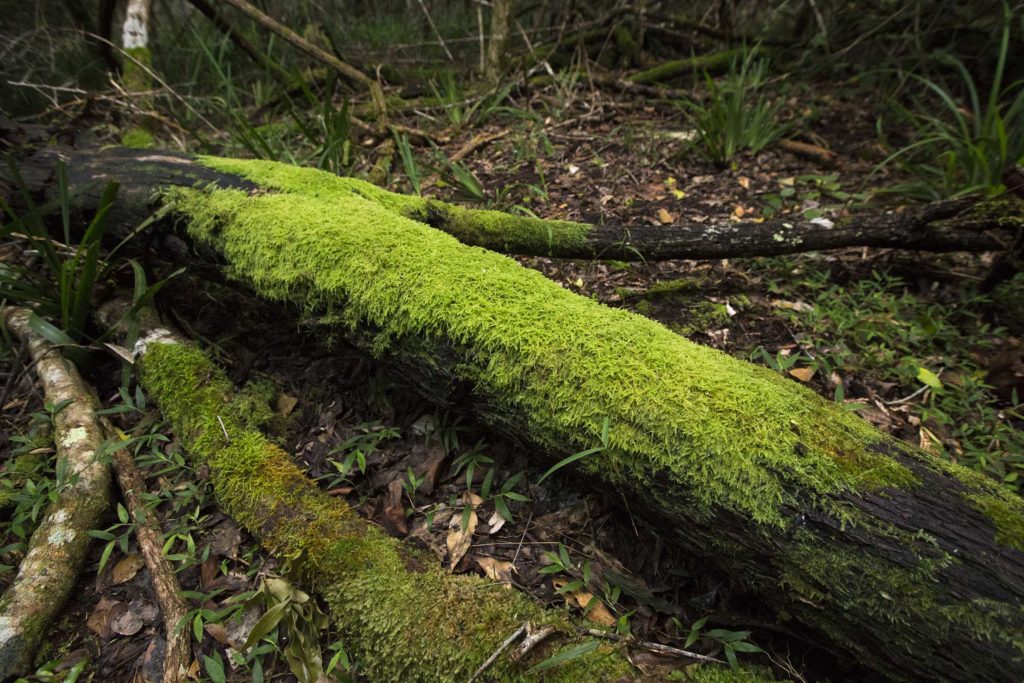 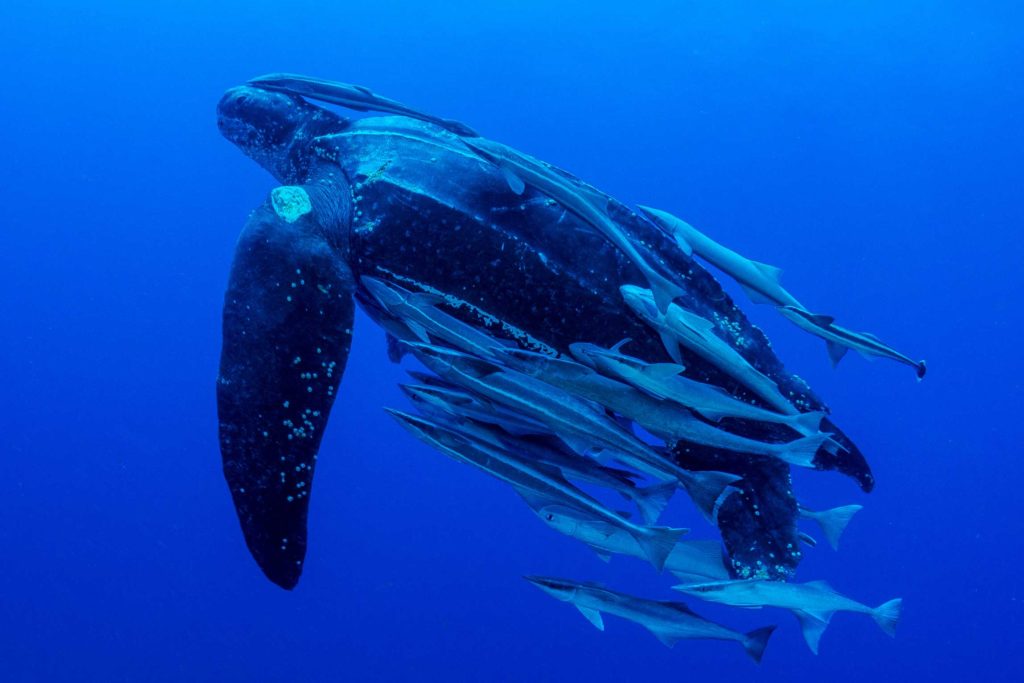 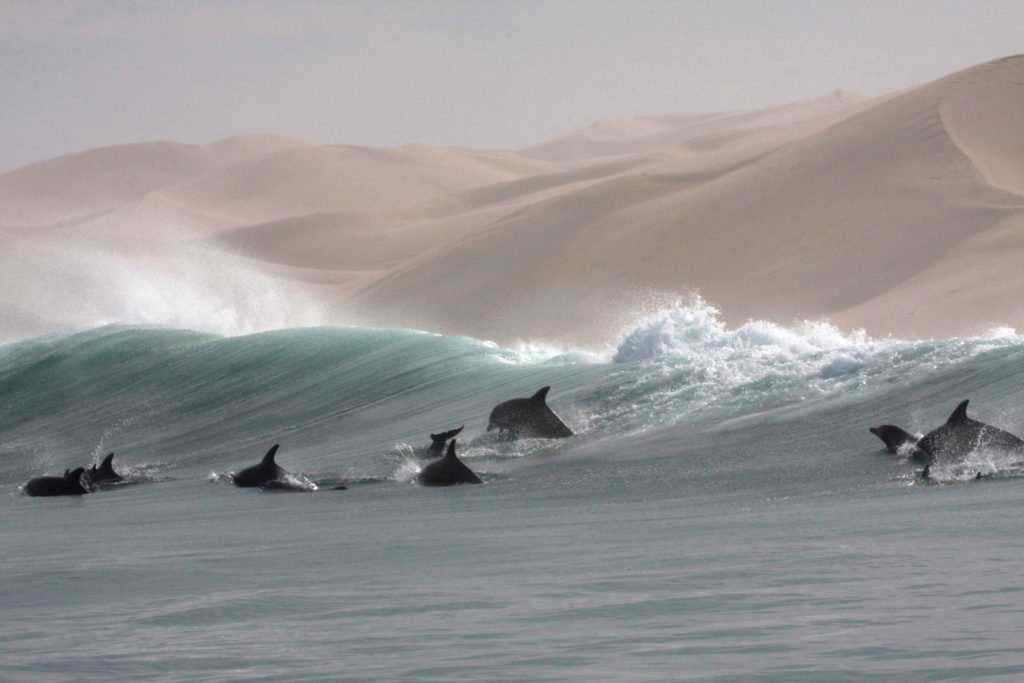 Addo Elephant Park MPA. Rich endemic marine fauna. The only place in the world to see the Big 7. 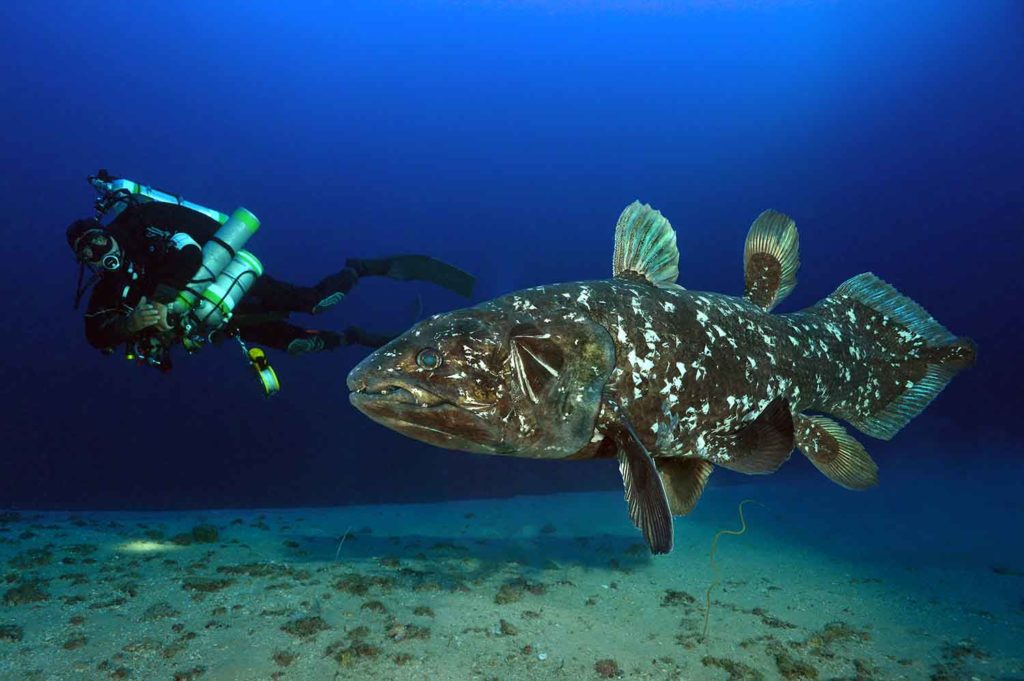 iSimangaliso MPA. Miracles and wonder, home of the coelacanth, nesting turtles, magnificent corals and so much more. 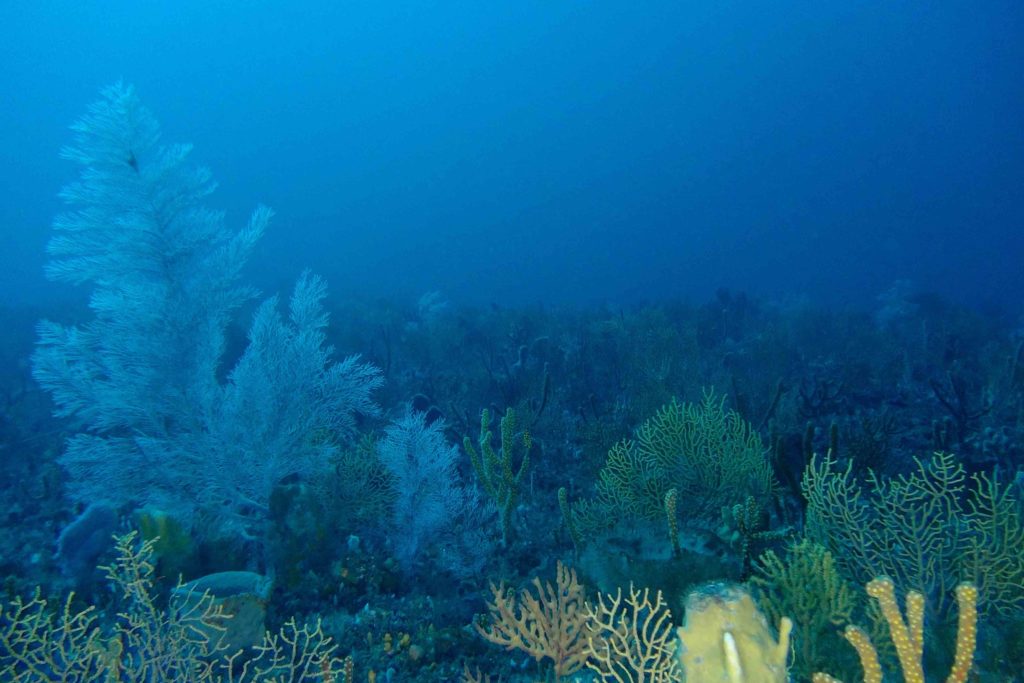 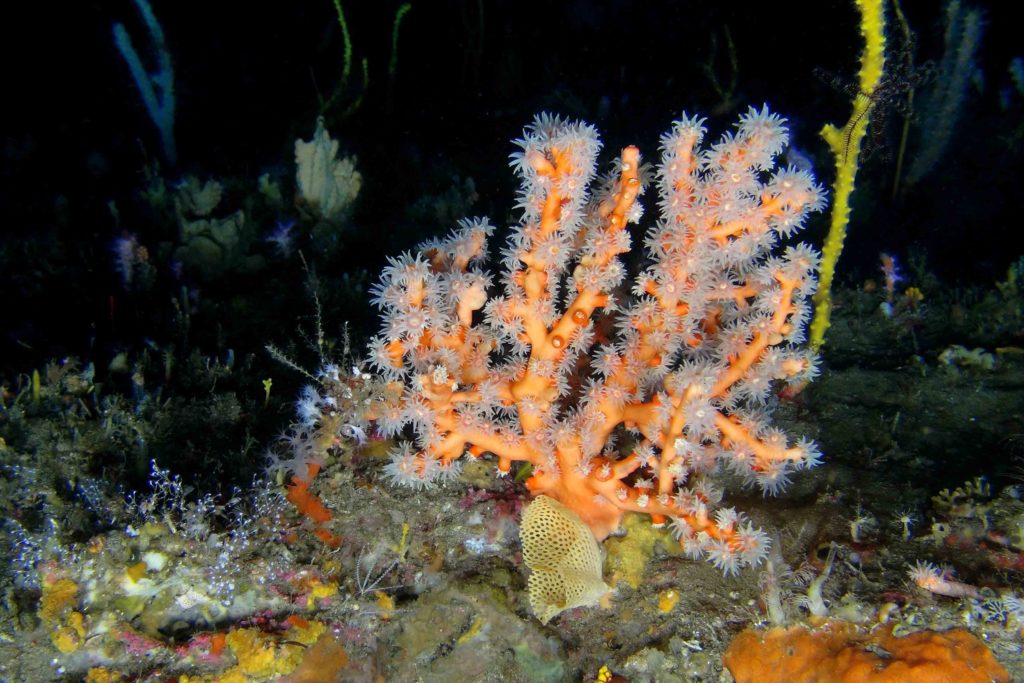 Aliwal Shoal MPA. Great gatherings of seabreams and sharks, a mecca for divers. 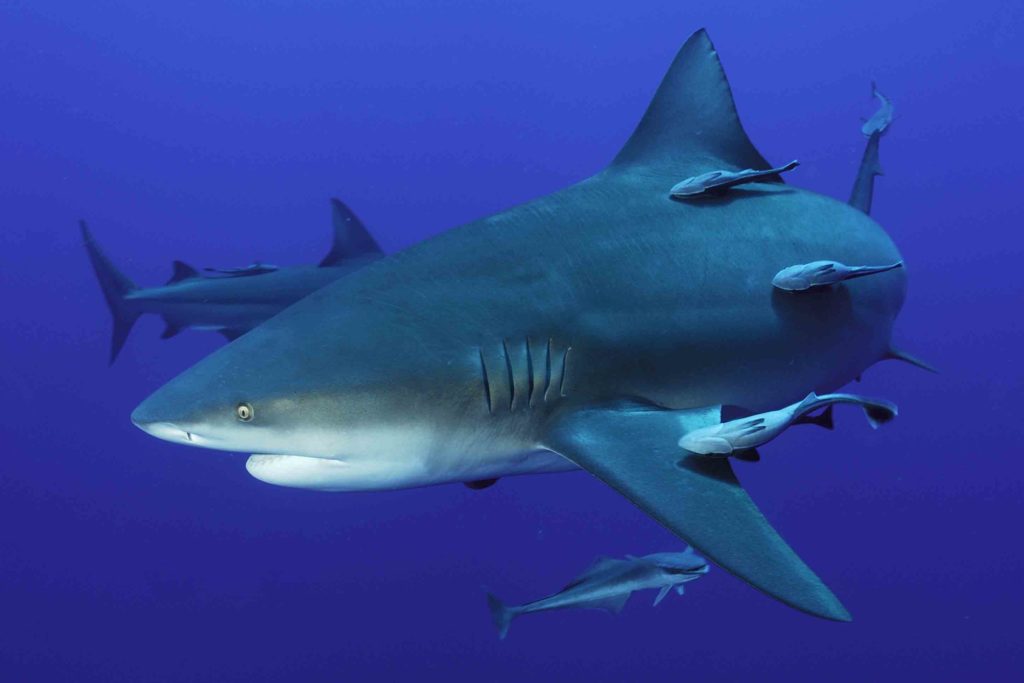 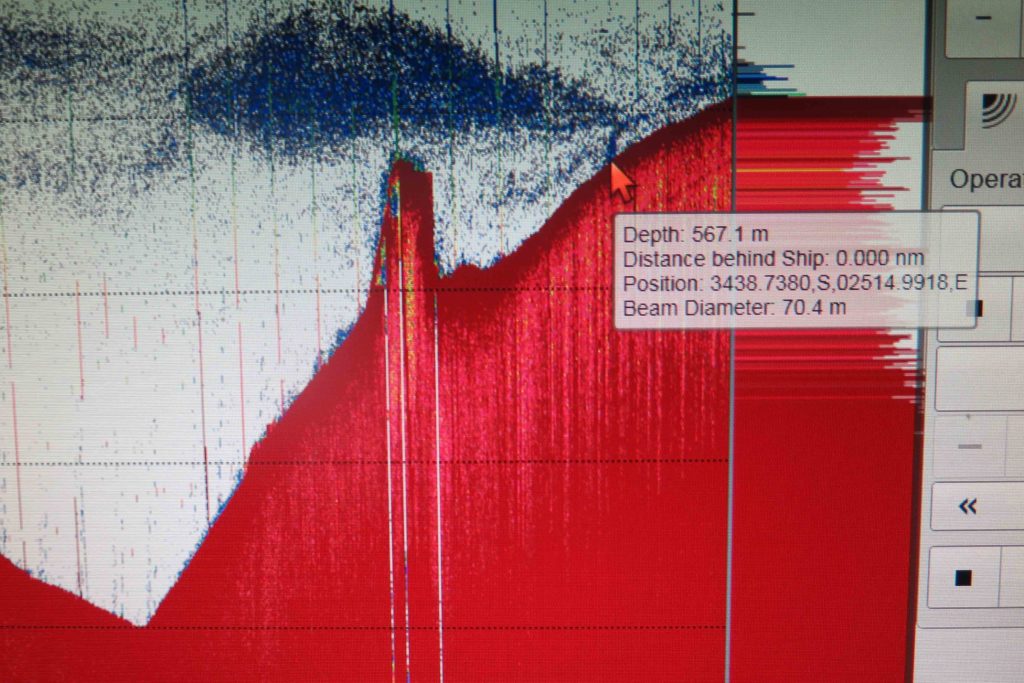 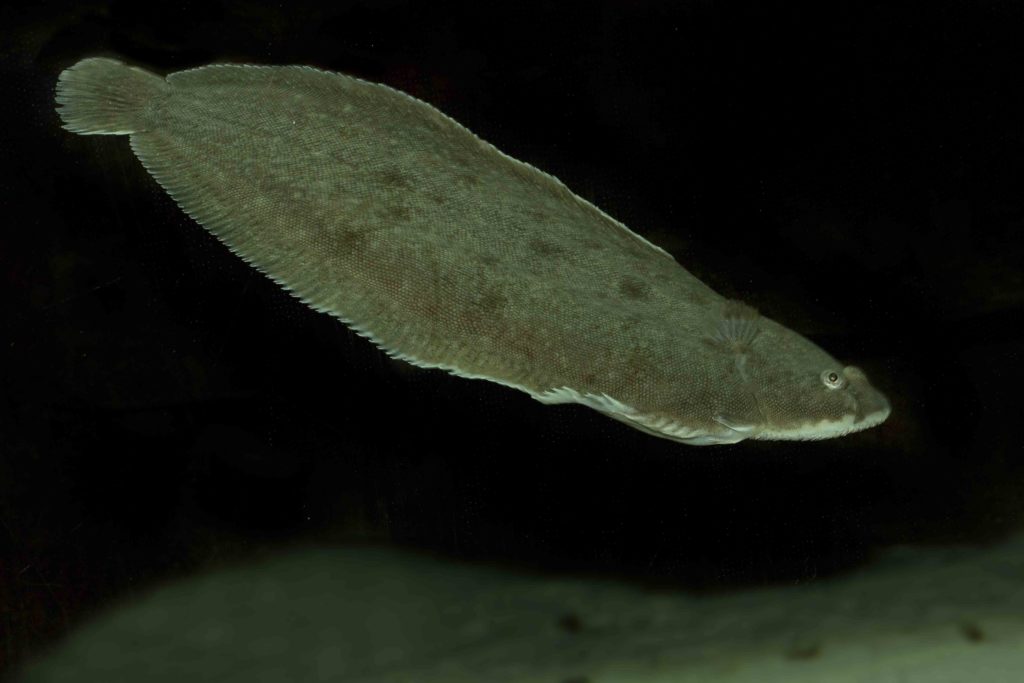 Agulhas Muds MPA. Sole food. A sanctuary for our seafood. 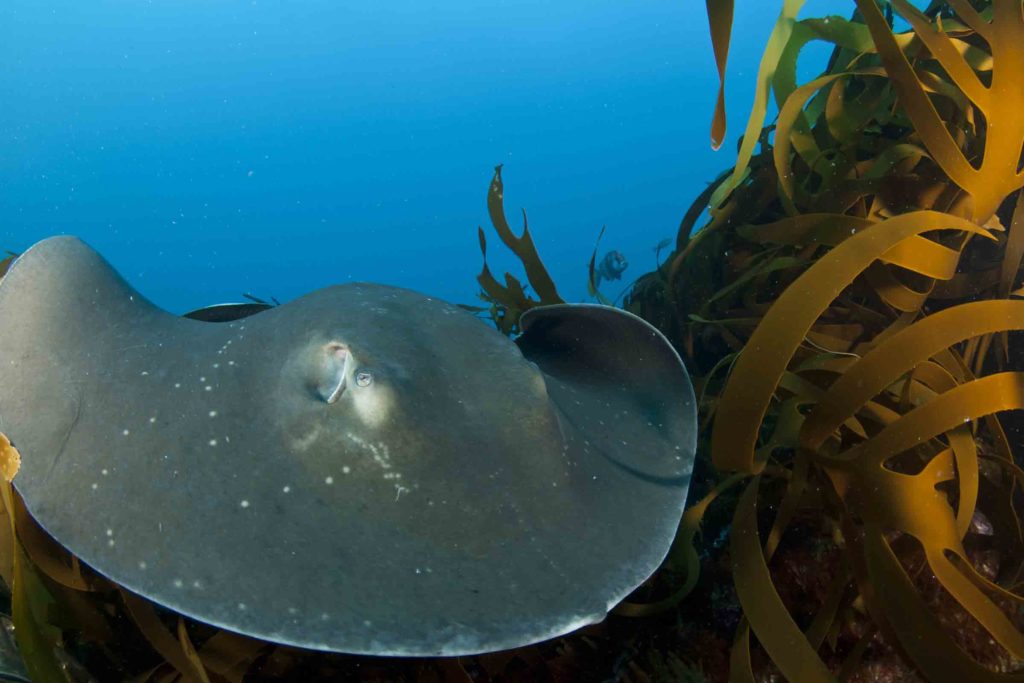 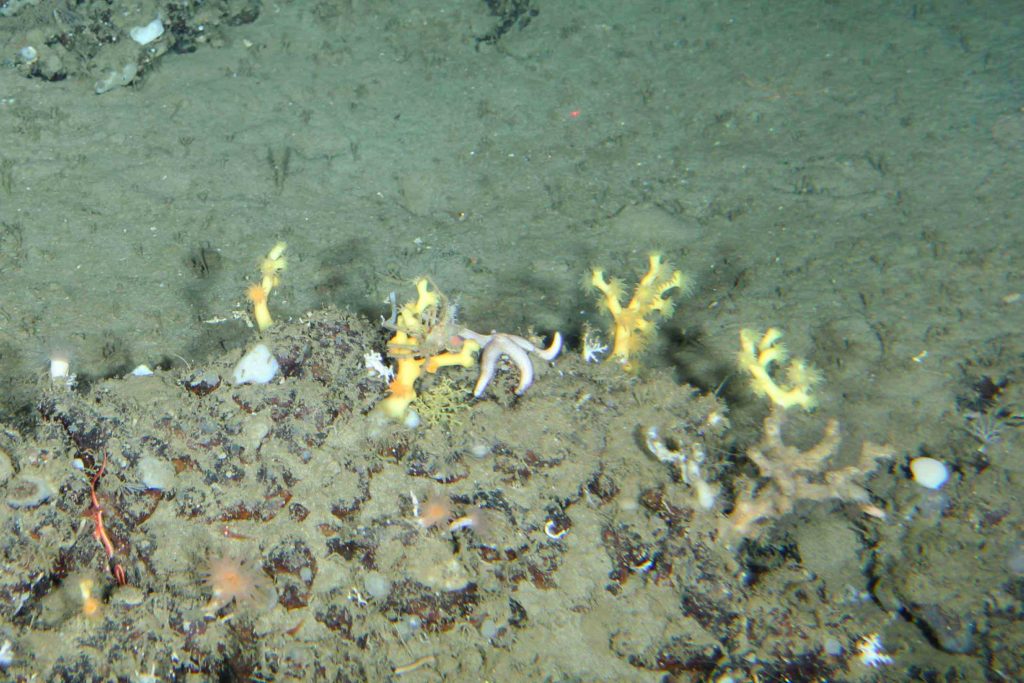 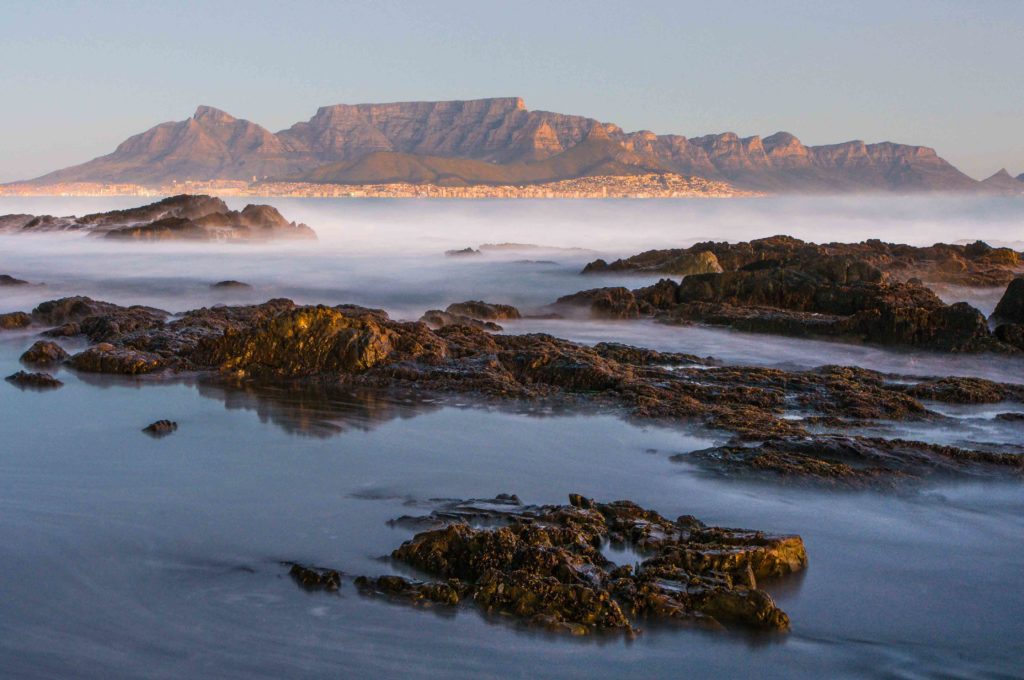 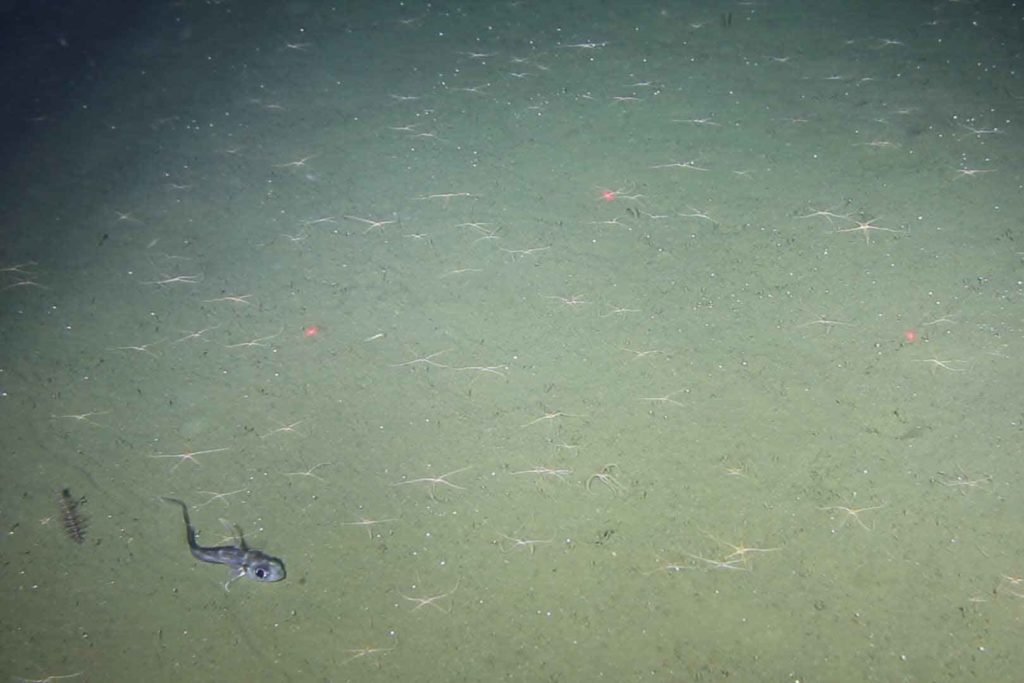 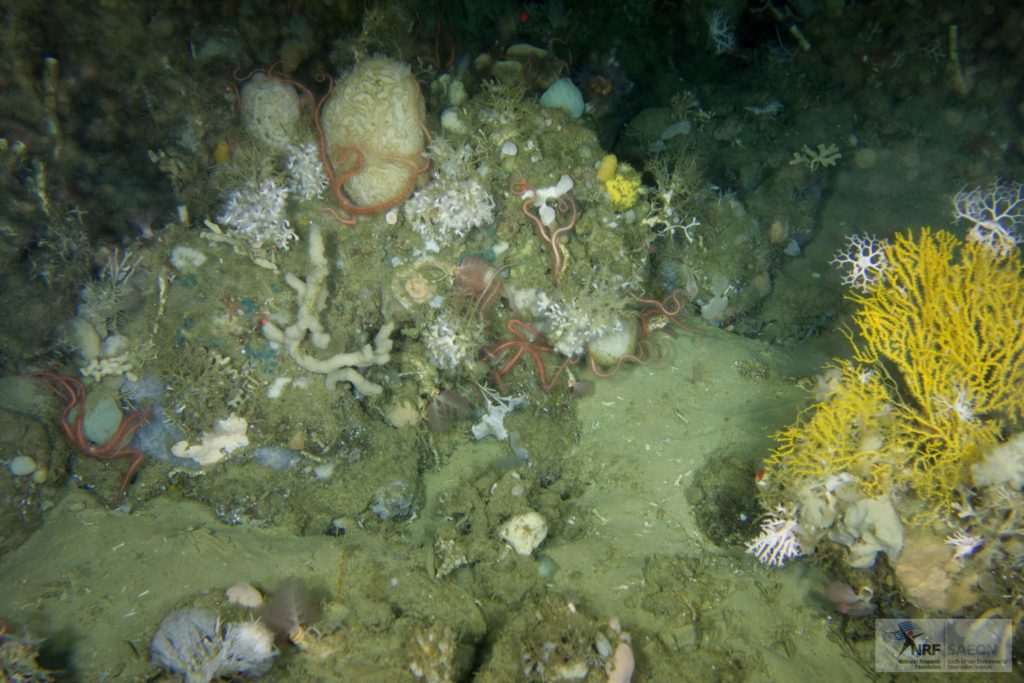 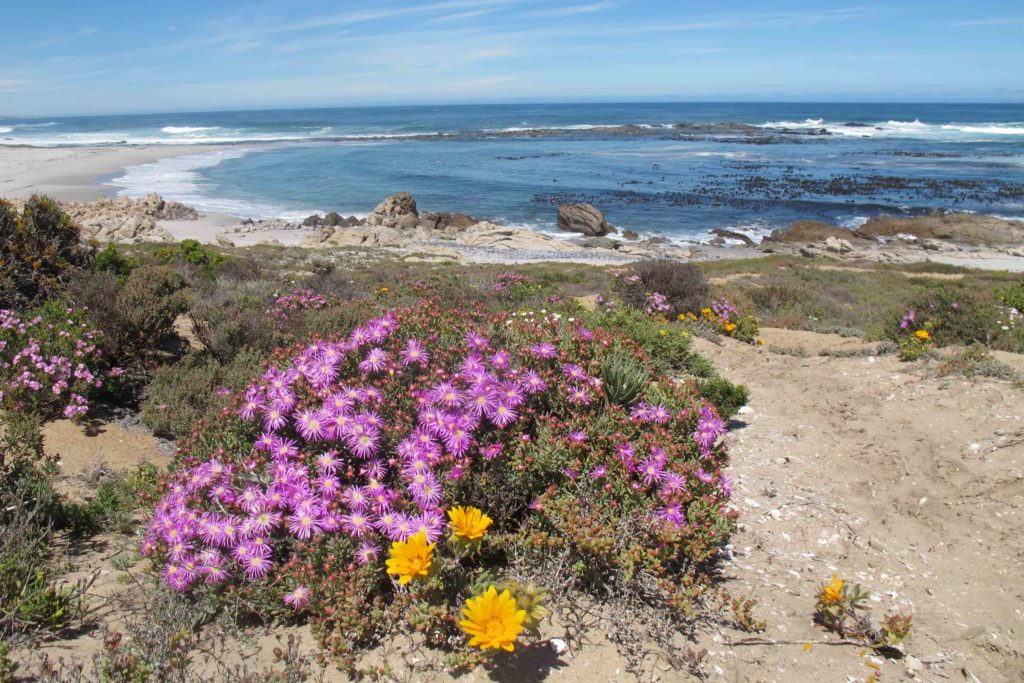 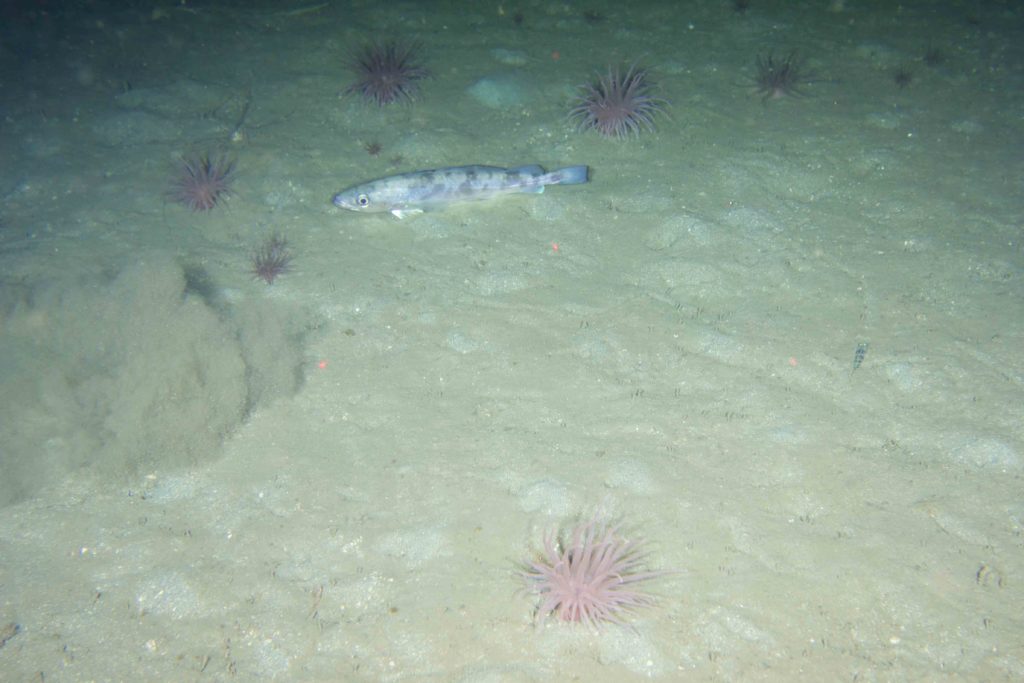 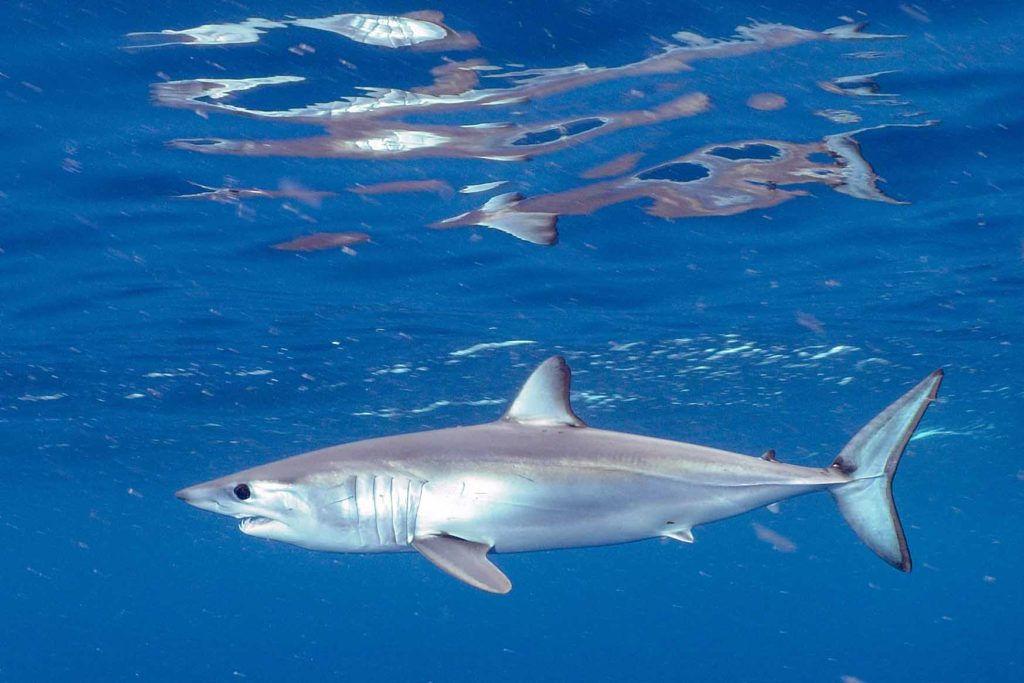 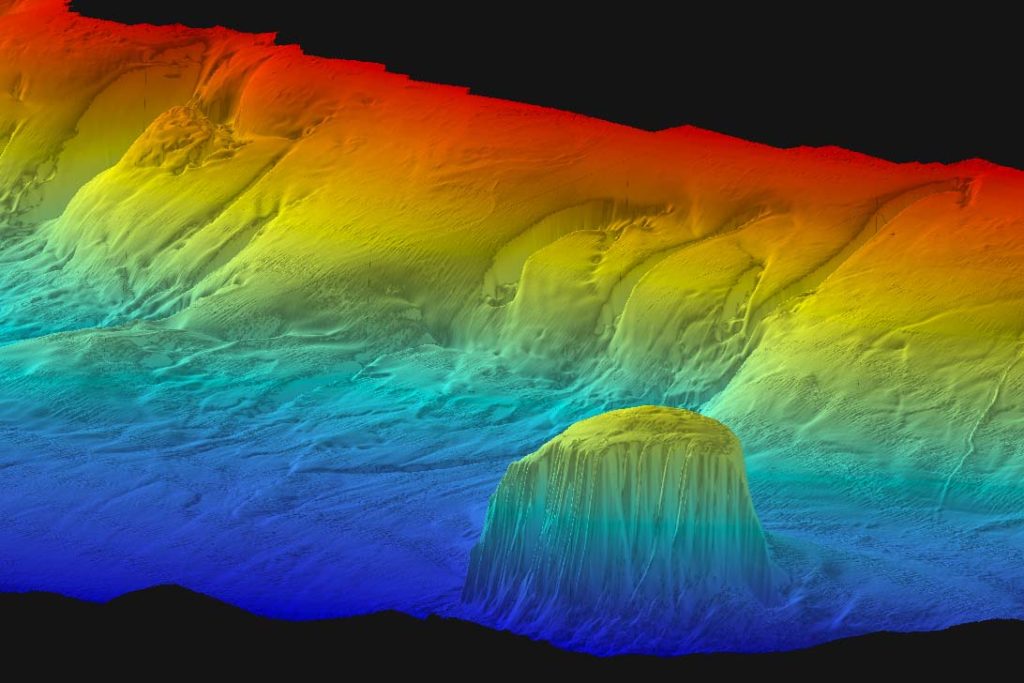 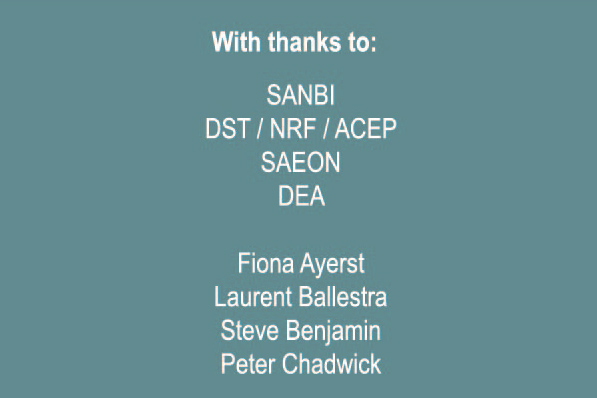